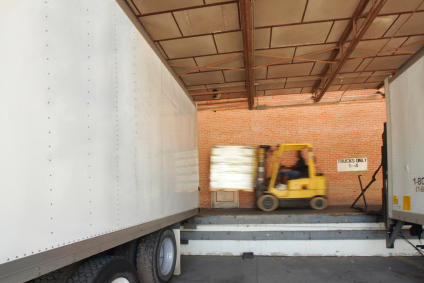 A truck driver’s foot was run over by a forklift while he was making a delivery. His leg was amputated, and he got workers’ comp from his employer. Can he also sue the company where he was making the delivery?

Steve Black was a truck driver for Western Express. One day he drove a load of raw paper materials to a factory operated by Dixie Consumer Products in Bowling Green, KY.

While unloading the truck, a Dixie employee ran over Black’s foot with a forklift, leading to a below-the-knee amputation of Black’s leg.

Black got workers’ comp from Western, but he filed a lawsuit against Dixie and its parent company, Georgia-Pacific, seeking $1,850,000 in damages.

The case bounced back and forth in federal courts. Just recently, the Sixth Circuit took a second look at it.

Does immunity extend to contractor?

Dixie hired Western to haul products which it otherwise would have been done by a Dixie-owned truck fleet.

The Sixth Circuit said the key question to determine whether Dixie was immune from a lawsuit in Black’s case was whether the transportation and delivery of raw paper materials amounted to “work that Dixie or similar businesses would normally perform or be expected to perform with employees.”

The evidence provided shows the transportation and delivery of raw paper materials was work that Dixie would handle if it hadn’t hired Western to take care of it.

The Sixth Circuit found Kentucky courts have granted immunity to contractors when truck drivers are injured loading their trucks at a contractor’s facility.

“The premise of our decision is that someone injured in this setting will receive workers’ compensation no matter what – no matter whether the contractor (here the trucking company) contributes to the [workers’ comp] system or not. Because we treat the kind of work Black was doing as part and parcel of what Dixie does, that means a worker injured in this setting will receive compensation regardless of fault by a company in Dixie’s shoes or one in Western’s shoes. And that means Black (or someone like him) will always receive workers’ compensation. All of this also means that the immunity from a further lawsuit applies as well. This burden and this benefit lie at the heart of the trade-off built into any workers’ compensation system.”

The Sixth Circuit ruled the exclusive remedy of workers’ comp in Kentucky law extended to the company that contracted with Black’s employer. Therefore, Black couldn’t sue Dixie after receiving workers’ comp from Western.