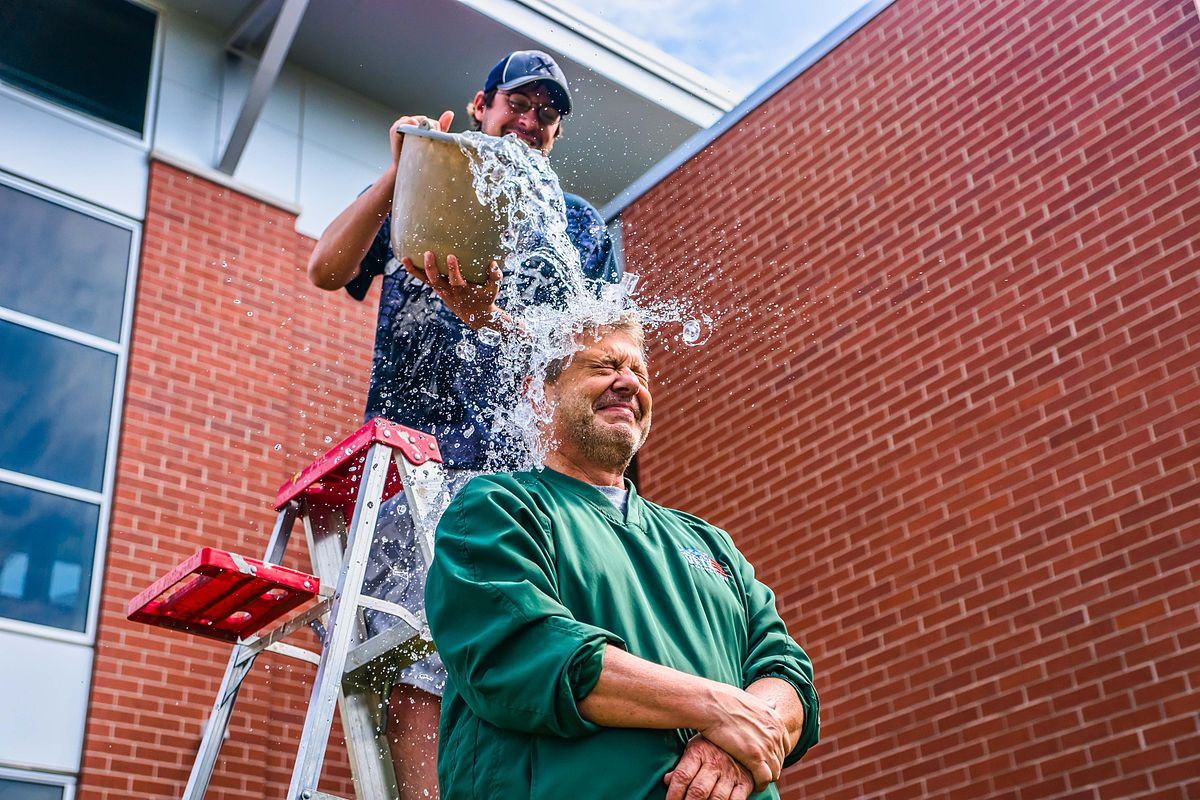 Talk about unintended consequences. Four firefighters suffered electrical shocks while trying to help out with a fundraising event.

The firefighters from the Campbellsville Fire Dept. in Kentucky were on board a fire truck when its ladder got too close to a power line.

Even though the truck never touched the line, it became energized.

Capt. Tony Grider is listed in critical condition with burns on 55% of his body. Another firefighter, Simon Quinn, was hospitalized in fair condition. The two other firefighters were treated at a hospital and released the same day.

The incident also knocked out power for about an hour to 4,500 customers, including the university.

The ice bucket challenge has raised more than $94 million for the ALS Association. Spreading the word about the challenge via social media has led to more elaborate stunts than just taking a bucket of cold water and pouring it over your head. The theory: the greater the stunt, the more views on social media.

The Washington Post has posted a compilation video of “ice bucket challenge fails” from the Internet, all showing people getting injured one way or another, but none as seriously as the Kentucky firefighters.

The article ends with a recommendation from one official: “If you’re doing it, keep it simple and safe.”

And while injury prevention is the primary concern, there’s also the matter of whether people doing this in a manner connected to work could be eligible for workers’ compensation benefits.

If the charity event is seen to provide a benefit to the employer, such as positive publicity, employee participation that leads to an injury could qualify for comp benefits.