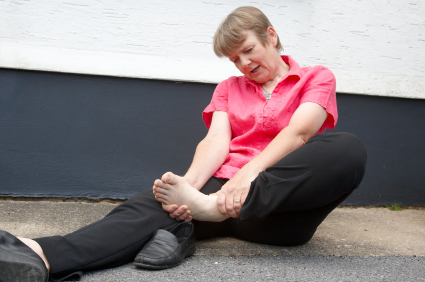 An employee twisted her ankle at work. After that, she was fired for cause. Can she still receive temporary total disability (TTD) benefits under workers’ comp after she was fired?

Carol Thomas worked for the Lafayette Parish School System in Louisiana. On May 18, 2009, she stepped in a pot hole, twisting her ankle and injuring her left leg, left ankle, right hand and right wrist.

Thomas was terminated with cause retroactive to June 14, 2010. An investigation revealed she was fired for “several instances of willful neglect of duty.” Thomas was found several times by her supervisor to be at home working at the daycare center she operated during hours she was paid by the school district. The district says her termination was unrelated to her work injury.

The district denied Thomas’ claim for workers’ comp benefits because she was fired for cause.

At a hearing, a trial court granted a request for summary judgment to the school district. The judge found Thomas would still be working if she hadn’t been terminated for cause, and doctors placed her on no work status after the investigation into Thomas’ work performance had begun.

A state appeals court noted that, under Louisiana law, TTD benefits continue until the employee is able to go back to work. Therefore, an employee may claim TTD benefits even after termination by the employer.

Medical records showed Thomas had been placed on no work status before being terminated for cause. “The fact that the reasons for her termination occurred prior to the injury causing event is irrelevant when the injury occurred on the job,” the court wrote. “Her inability to work does not depend on the termination for cause, but on the work-related injury.”

For that reason, the appeals court reversed the trial court. The school district lost its argument that Thomas shouldn’t be granted TTD benefits because she was fired for cause.