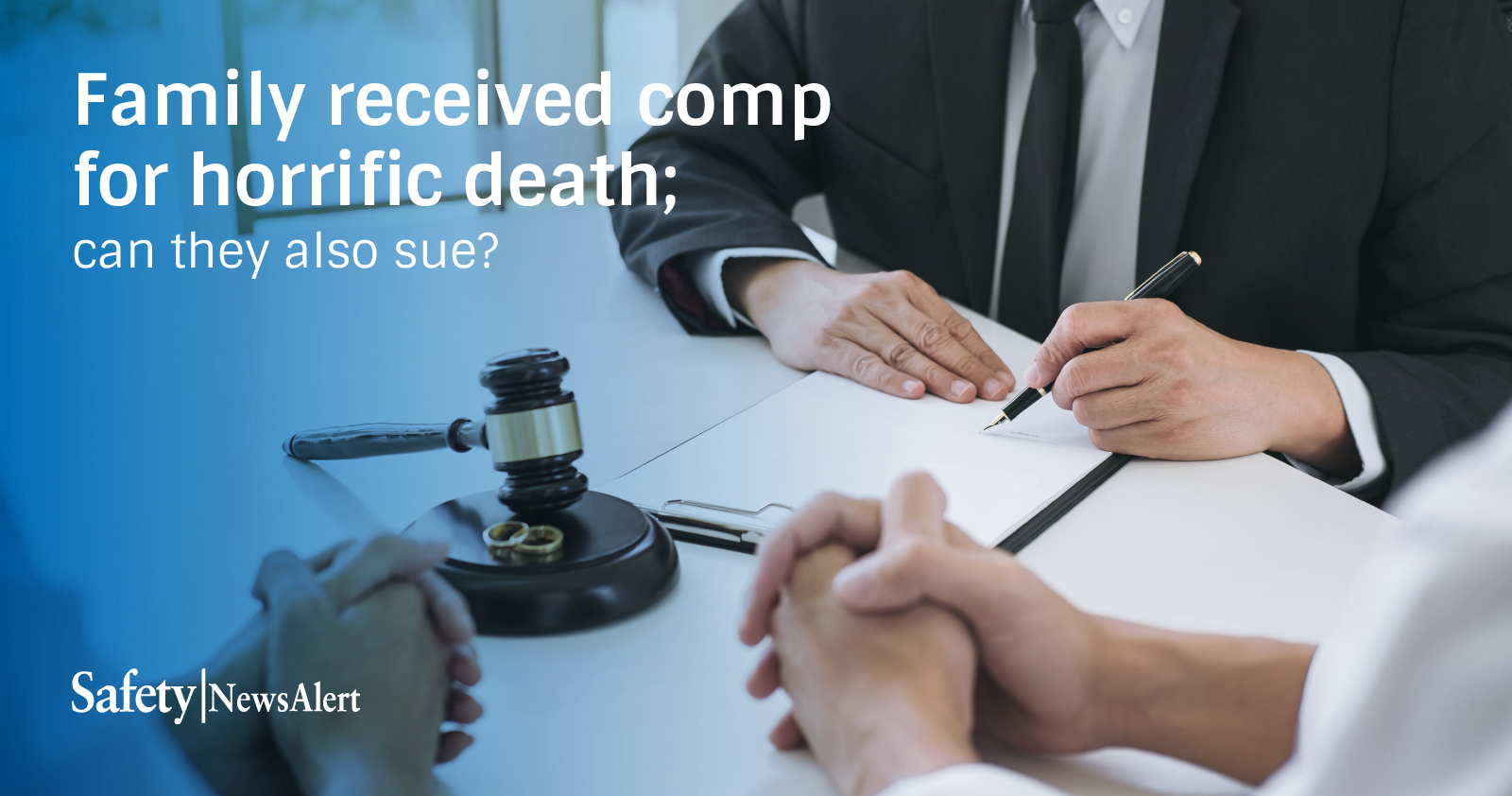 In the case of a “horrific industrial accident,” which OSHA says was caused by unguarded machinery and lack of lockout/tagout, a state supreme court has clarified when an exception to the exclusive remedy of workers’ compensation can be used.

Francisca Gomez worked for the Crookham Co., a wholesale seed distributor, in Caldwell, Idaho. She worked there for more than 30 years.

On Jan. 20, 2016, Gomez was assigned to work in a room that contained a picking table which was used to sort seeds. Her duties included cleaning the table between sorting batches of seeds.

To clean the table, employees used an air wand to blow seeds upward from beneath the table while the machine is operating.

Gomez was under the picking table attempting to clean it when its unguarded drive shaft caught her hair and pulled her into the machine. She died as a result.

OSHA issued serious violations to the company because it exposed employees to the unguarded drive shaft without using lockout/tagout. Crookham had been fined by OSHA previously for similar reasons regarding picking tables.

Gomez’s family received workers’ comp benefits, but they also sued. Crookham asked that the lawsuit be thrown out. A state district court granted the company’s request on the grounds that workers’ comp was the family’s exclusive remedy. The family appealed to the Idaho Supreme Court.

The Gomezes argued the trial court should have considered an exception to the exclusive remedy in Idaho’s workers’ comp law. The exception permits an employee (or their family) to collect workers’ comp benefits and sue an employer if the company committed an act of “willful or unprovoked physical aggression” against the worker.

In a decision in a case involving the exception three years ago, the Idaho Supreme Court ruled, “the employee must only show the employer actually knew or consciously disregarded knowledge that employee injury would result from the employer’s action.”

In the Gomez case, a three-judge majority wrote, “This appeal presents an opportunity for the Court to flesh out the circumstances under which the consciously disregarded knowledge test might be satisfied.”

As evidence that the company did this, the family pointed to the OSHA violations that were issued after Gomez died and previous similar violations.

Three of five members of the court ruled the district court’s decision throwing out the lawsuit should be reversed and remanded for consideration under the exception.

One justice dissented. The fifth member of the court wrote a separate opinion, agreeing with the result but using a different standard.

Companies that “turn a blind eye to known dangers remain liable,” the majority wrote in their opinion. When employers consciously disregard a risk, “they are attempting to insulate themselves from liability through feigned ignorance … if they claim they ‘saw no evil,’ then there is no evil,” the justices said.

Other states: One word makes a difference

It’s worth noting that this case ultimately turned on one word in Idaho’s workers’ comp law, and how this might differ in other states.

In 1963, the Council of State Governments drafted a model code to update state workers’ comp laws.

The model code included an exception to the exclusive remedy that said the injury or death must be caused by the “willful and unprovoked physical aggression” by the company.

When Idaho considered the model code in 1969, it adopted large parts of it, including the exception for “willful or unprovoked physical aggression.”

The “or” instead of “and” meant in Idaho, it’s not necessary for the worker (or family) to prove the physical aggression is willful and unprovoked. It can be one or the other.