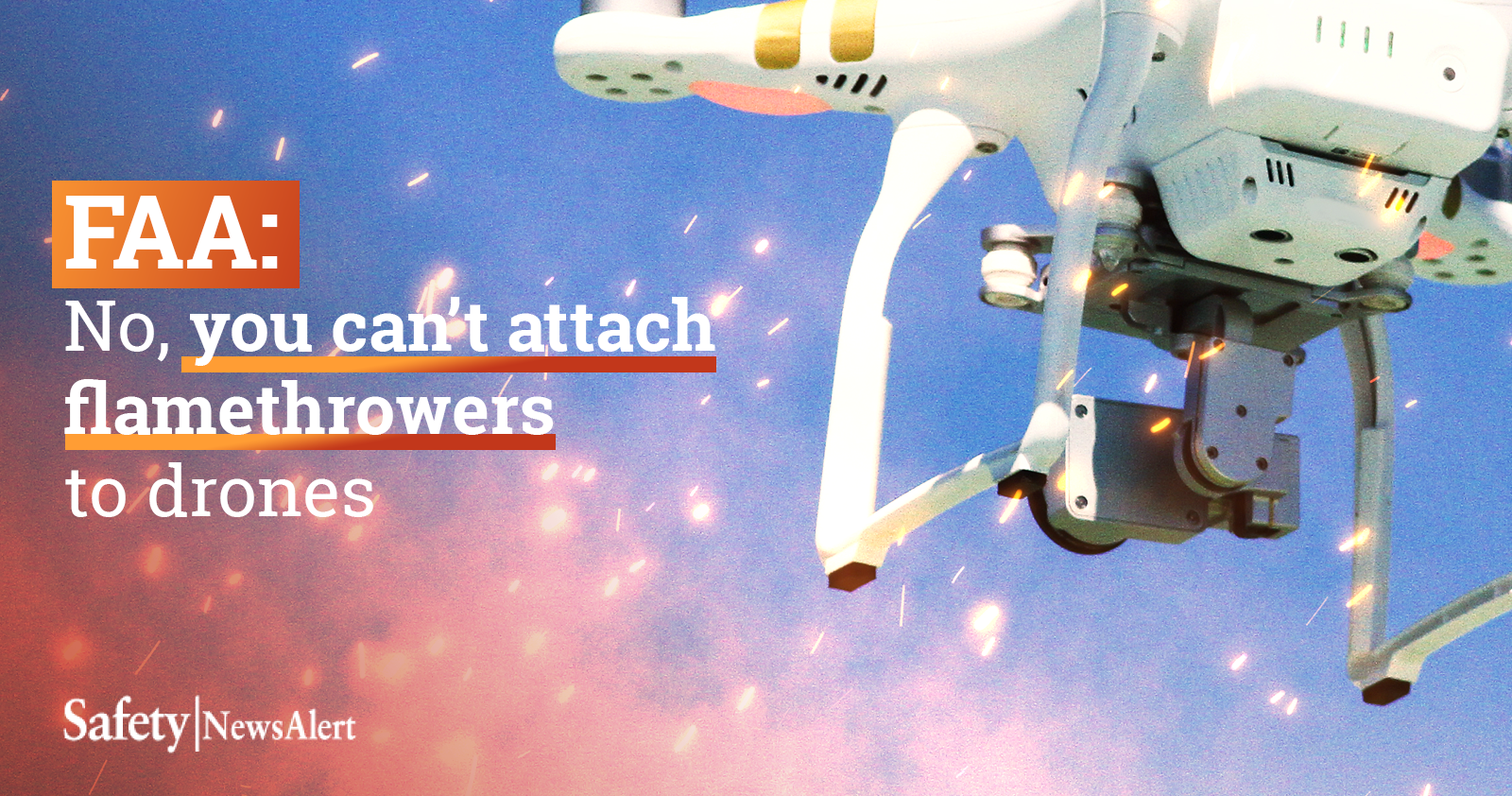 OSHA uses drones for inspections. The construction industry uses them to make sure work at heights is safe. But the Federal Aviation Administration (FAA) warns, you can’t attach flamethrowers to drones.

Yep, it’s actually a thing. What’s the purpose? To help clear vegetation and get rid of pests such as wasps and their nests, as this video shows:

Hey, but the guy in the video is wearing a hard hat and reflective safety vest! Isn’t he being safe?

Not in the eyes of the FAA.

“Operating a drone that has a dangerous weapon attached to it is a violation of the FAA Reauthorization Act,” the FAA notes.

If the FAA has its way, this hot trend in drones will flame out.