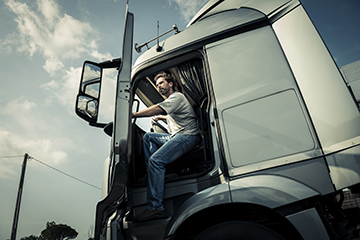 A UPS driver says the padding on the seat in his delivery vehicle was so thin that he was basically sitting on metal for up to 10 hours a day. Did that cause an injury that was eligible for workers’ comp benefits?

Jay Hannah, a delivery driver for UPS in West Virginia, claimed he injured his buttocks and hip while driving his delivery van.

Vehicle inspection reports on Dec. 4, 2017 and Dec. 8, 2017 noted the seat in the van needed to be replaced because it had no cushion left.

In a series of text messages on Dec. 12, 2017, Hannah wrote to an unnamed person that the seat in his truck was worn out and he was hitting metal. He said his buttocks were sore all day and he had been driving that truck for two weeks.

An unidentified respondent said they would contact a mechanic supervisor to look at the seat that evening. In another text, an unidentified person said he had shown pictures of the seat to an automotive manager who said the seat looked normal. The seat would be reviewed again by the mechanics, but there was no guarantee it would be replaced.

Hannah sought treatment on Dec. 14, 2017, at MedExpress. Hannah explained his pain and the situation with the van seat. The doctor diagnosed bursitis of the right hip and placed Hannah on modified duty. Hannah filed a workers’ comp claim which was rejected by the claims administrator. His case went before the Office of Judges.

Two doctors performed a record review of Hannah’s case and said there was no medical justification to find a work-related injury in his case.

But the Office of Judges reversed the claims administrator’s rejection of the claim and said Hannah had a compensable injury of contusion of the buttocks.

On appeal, the Board of Review modified the decision to make the claim compensable for bursitis of the right hip, which was what the treating doctor diagnosed. UPS appealed to a state court.

The West Virginia Supreme Court of Appeals agreed with the Board of Review. It said the treating doctor had examined Hannah, considered “the mechanism of injury” (the unpadded seat), and diagnosed right hip bursitis as a result of driving a vehicle with an improperly padded seat.

UPS did repair the van seat, only after Hannah wasn’t able to return to work because of his injury.