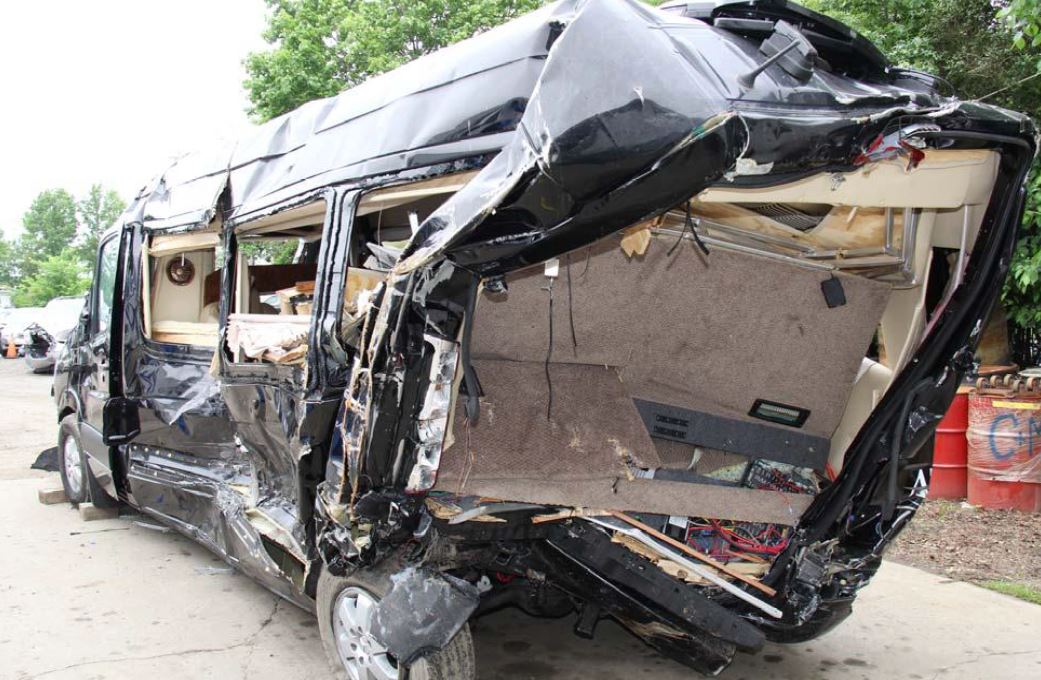 Federal officials say driver fatigue was the probable cause of the crash near Cranbury, NJ, that claimed the life of one comedian and serious injured comic actor Tracy Morgan.

The National Transportation Safety Board (NTSB) says the driver’s fatigue caused him to brake late to avoid traffic that had slowed down in an active work zone. The Wal-Mart tractor trailer hit a limo van that contained five passengers.

The six-vehicle pile-up on June 7, 2014, killed comic James “Jimmy Mack” McNair and left Morgan and three others with serious injuries.

Other contributing causes to the crash and resulting injuries include:

The NTSB says if the truck had been traveling at the posted work zone speed, it could have stopped before crashing into the other vehicles.

The day before the crash, the trucker drove 800 miles overnight from his home in Georgia to his workplace in Delaware and reported for duty without getting any sleep.

“Hours-of-service rules cannot address what drivers do on their own time,” said NTSB Chairman Christopher Hart. “This driver had been on duty 13.5 hours of a 14-hour workday, but had been awake more than 28 hours at the time of the crash. Fatigue management programs can help.”

At the time of the crash, Wal-Mart didn’t have a structured fatigue management program for its truck drivers.

The NTSB has repeated a recommendation it made to the Federal Motor Carrier Safety Administration to require all carriers to have fatigue management programs for their drivers.

Other recommendations NTSB has made as a result of this investigation:

Another problem encountered in this crash: The limo van’s only exit door for the passenger compartment was damaged and became inoperable, delaying first responders. The NTSB is recommending modifications to these types of vehicles to provide a second exit.

Morgan and two others had filed a lawsuit against Wal-Mart alleging it was negligent in the crash. The company, Morgan and the two others announced a settlement. The terms and conditions remain confidential.