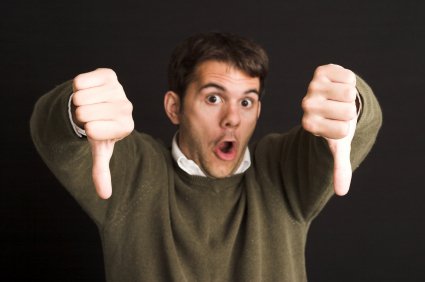 Federal officials have had some harsh words for General Motors following the company’s settlement of a safety recall. Some of those harsh words have to do with what GM told its employees about safety communication.

By now you may have read about GM’s $35 million settlement with the U.S. government over safety issues involving its Chevrolet Cobalt and related Pontiac and Saturn cars.

The problem is in the vehicles’ ignition switch that may unintentionally move out of the “run” position, which in turn could result in the air bag not deploying during a crash.

The National Highway Transportation Safety Administration (NHTSA) faulted GM for failing to report the defect in a timely manner and for delaying the recall.

What caused GM to sit on its hands for so long? NHTSA Acting Administrator David Friedman said, “GM desperately needs to rethink the corporate philosophy reflected in the documents [NHTSA] reviewed, including training materials that explicitly discouraged employees from using words like defect, dangerous and even “safety-related.”

The list of 68 words GM engineers were to avoid in internal communication about vehicle tests also included the word “problem.”

Why did GM do this? To avoid lawsuits. There’s nothing like a document written by a company engineer that something is, for example, a “deathtrap” (another word that was banned).

“No excuse, process, or organizational structure will be allowed to stand in the way of any company meeting their obligation to quickly find and fix safety issues in a vehicle,” said Friedman.

Is it an accident or incident?

No one is accusing GM of purposefully saying to any of its employees, “Keep this safety info under wraps.”

NHTSA is blaming a part of GM’s corporate culture for creating a situation in which that became the case anyway. Employees were unintentionally encouraged to keep safety problems (two banned words) to themselves.

So this begs the question: How important are the exact words used when communicating a safety message?

You know the answer to that one: It can be crucial.

You’re probably aware of the “accident” versus “incident” debate. Some in the safety world say the word “accident” should be banned in safety communication.

Why? Because this is the definition of an accident: “an especially unfortunate event occurring by chance or unintentionally.”

Saying a situation that results in a worker’s injury is an accident can carry the message that it happened by chance.

Any safety manager who has done an injury investigation knows there are extremely few if any situations that occur purely by chance.

That’s why many safety consultants use the word “incident” instead.

Here’s another example: “Safety is our first priority.”

There’s been a recent movement to change that to “Safety is our top value.” Why? Because priorities change, but values do not.

Got a rush job to fulfill an order? Well, maybe that safety priority is set aside for a while to meet a production goal.

Sometimes the troublesome communication isn’t even verbal. Example: Your CEO walks through an area where hardhats are required without wearing one.

So here’s the question: Are there any words or phrases you’ve banned, not because (like GM) you’re concerned about lawsuits, but because they send the wrong safety message? Let us know in the comments section.