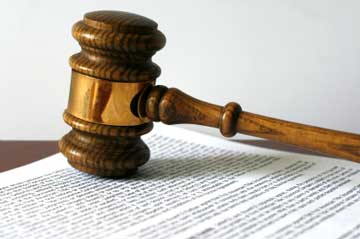 An undocumented immigrant was placed on unpaid leave after filing a workers’ comp claim. The worker sued, claiming placing him on leave was retaliation for filing the claim. What did the court say?

Anibal Sanchez began working for Dahlke Trailer Sales in February 2005, even though he’s not authorized to work in the U.S. He immigrated to the states in December 1998.

Sanchez injured his leg, neck and back at work in 2013 while using a sandblaster, and he filed a workers’ comp claim two months later. A day after Sanchez’s deposition testimony, the Minnesota company placed him on indefinite, unpaid leave and compelled him to sign a document that said:

“Because you voluntarily told us that the social security card documentation you provided us was not good and that you are not eligible to work in the United States at this time, we are sending you home on an unpaid leave of absence. Once you provide us with legitimate paperwork showing you can legally work in the United States, you can come back to work at Dahlke Trailer Sales.

Sanchez filed a complaint alleging retaliatory discharge in violation of Minnesota’s Workers’ Compensation Act. He claimed Dahlke was aware of his immigration status several years before his injury, and it retaliated against him for filing a workers’ comp claim.

The district court ruled against Sanchez, and the worker appealed.

They knew he was undocumented

The Court of Appeals of Minnesota noted that the Immigration Reform Control Act (IRCA) doesn’t prohibit an undocumented worker from receiving compensation benefits.

Dahlke argued continuing to employ Sanchez after discovering he was undocumented would violate federal law. But the appeals court said denying unauthorized workers benefits would actually give employers incentive to hire them because it could lower comp costs.

To win the case, Sanchez had to prove:

It was undisputed that Sanchez engaged in protected conduct by filing a workers’ comp claim. But he and Dahlke argued the second two points.

The district court said Sanchez didn’t suffer adverse employment action when placed on unpaid leave because he could return to work once he provided legal immigration papers.

It said indefinite and unpaid leave resulted in a loss of salary and benefits. That reduction in salary was a “material change in the terms and conditions” of employment. Therefore, the unpaid leave was an adverse employment action.

The appeals court also said there was an issue of material fact regarding Dahlke’s awareness of Sanchez’s immigration status before he filed the comp claim.

Sanchez presented evidence that, two years before the injury, Dahlke asked him if he was “illegal,” and Sanchez admitted he wasn’t authorized to work in the U.S. Dahlke also received annual notices from the Social Security Administration that Sanchez’s social security number didn’t match his name.

The evidence also suggested Sanchez’s relationship with his employer didn’t begin to deteriorate until he filed the workers’ comp claim.

Shortly after hiring an attorney, Dahlke’s owner told Sanchez, “I don’t like attorneys and I didn’t want you to get an attorney. Our bridge is broken.”

Dahlke then placed Sanchez on unpaid leave just a day after giving his deposition testimony in support of his claim.

The appeals court said this sequence of events led them to believe there was a causal connection between Sanchez filing the comp claim and being placed on unpaid leave.

The appeals court ruled in favor of Sanchez and reversed and remanded the district court’s decision.