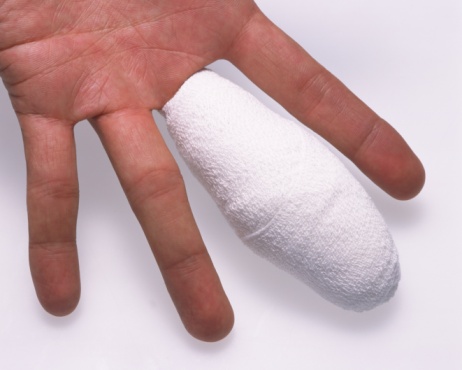 It’s an all-too-common situation: An employee slips and falls in an employee parking lot. His injury keeps him out of work for a few months. Did he qualify for workers’ comp benefits?

You might not be able to think about snow and ice when much of the nation is still experiencing 90- and 100-degree temperatures, but that’s what caused the fall in this case.

Craig Watson works for Piedmont Airlines Inc. at the Philadelphia International Airport as a training supervisor. He’s provided with a badge granting him access to certain areas of the airport, including employee parking lots.

On Feb. 5, 2016, Watson’s wife drove him to the employee parking lot which is owned and operated by the U.S. Department of Aviation (DOA). As he was walking through the lot toward a shelter to catch an employee shuttle, Watson slipped and fell on a pile of snow, landing on his right hand at an awkward angle and breaking his right ring finger.

The injury required surgery, and Watson didn’t return to work until May 31, 2016. He sought total disability benefits for the time he was out of work. His employer denied the claim.

A Workers’ Compensation Judge (WCJ) found his injury arose in the course of employment because Watson slipped and fell while walking in an employee parking lot that required an identification card for entry to board a bus designed for airport employees only. The WCJ ordered the employer to pay weekly wage benefits for the period Watson was out of work.

The employer appealed, but the Workers’ Compensation Board affirmed the WCJ’s ruling, noting that the parking lot was a “reasonable means of access to [Watson’s] workplace” and “was so connected to [the employer’s] business as to form an integral part thereof.”

Again, the employer appealed, this time to a Pennsylvania court.

Does it matter who owned the lot?

The employer appealed, arguing it didn’t require Watson to use the employee parking lot and his presence in the lot wasn’t required because he didn’t drive to work or park a car in the lot on the day of his injury.

Usually, an employee has to be in the course of their work duties when injured to qualify for workers’ comp benefits.

But in Pennsylvania, there can be exceptions if the employee shows:

The employer argued the lot was owned by the DOA. But the court noted ownership isn’t the point:

“The determinative question is not who owns or controls the premises but whether the site of the accident is so connected with the employer’s business as to form an integral part thereof. The critical factor is not the employer’s control over the area, but whether the employer caused the area to be used by employees in the performance of their assigned tasks.”

The court also noted a previous case involving the exact same parking lot. In the earlier case, the claimant was an employee of US Airways Inc. The employee caught a shuttle from the parking lot and slipped on a spill on the floor of the shuttle bus and was injured. The shuttle was “a customary means” for employees to arrive at and leave the airport. The employee in that case was awarded benefits.

Regarding the employer’s argument that Watson didn’t drive to work or park his car in the lot on the day he was injured, the court noted another case in which it ruled getting to or leaving the employee’s workstation is a necessary part of an employee’s employment.

In Watson’s case, he had to walk through the employee parking lot using his security badge which granted only him clearance to enter the lot, not his wife who had driven him to work.

Watson’s “presence in the parking lot to get the employee shuttle bus was so connected with his employment relationship that it was required by the nature of his employment,” the court found.

Therefore, the state court upheld the Board’s ruling to grant Watson workers’ comp benefits for his slip-and-fall injury in the employee parking lot.