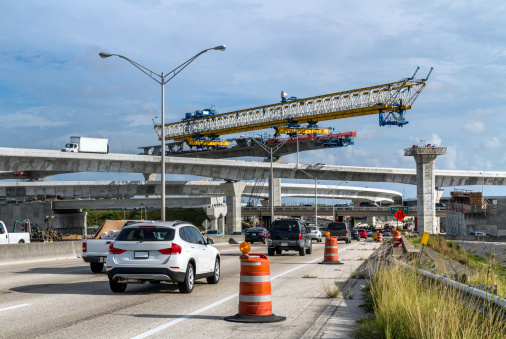 More than a dozen times over a two-month period, employees made notations in logs about a crane cable that needed to be repaired. But a court said the company “utterly failed to take steps to discover violations.” What happened when the company appealed a $56,000 OSHA fine?

On May 21, 2013, the boom cable of a crane operated on a bridge construction project in Tennessee by Mountain States Contractors snapped, causing the boom to fall onto the highway.

The company didn’t contest the other-than-serious violation and settled with OSHA on the serious infraction. It decided to contest the willful violation on two grounds: that the citation wasn’t warranted and that it shouldn’t be classified as willful.

Three Mountain States employees operated the crane. One of them, a foreman, said he’d seen broken wires on the boom before the incident, but the cable didn’t meet “out-of-service” criteria. Another operator said he had no idea why the cable snapped.

But the third said not only had there been broken wires throughout the boom cable, it did meet out-of-service criteria before the incident and he had told the foreman the cable needed to be replaced.

OSHA obtained daily inspection forms filled out by the crane operators each day it was used. Starting on Feb. 19, 2013, one operator indicated the auxiliary cable needed to be replaced. Then, on at least 13 other days over a period of 66 days, two of the operators made similar notes. Some of the notes included exclamation marks to – we’re guessing here – make their request to replace the cable more urgent?

OSHA also interviewed an employee of a company hired by Mountain States to conduct an annual inspection of the crane. The crane inspector told OSHA the cable was bad but it didn’t meet out-of-service criteria.

As noted by an administrative law judge (ALJ) of the Occupational Safety and Health Review Commission (OSHRC), despite the independent inspection of the crane, the auxiliary cable wasn’t replaced “until more than two weeks, 14 exclamation points, and nine uses later.”

Sixty-six days after the first notation about it on a daily inspection form, the auxiliary cable was replaced. Two days later, one of the crane operators noted that a different cable on the crane – the boom cable – also needed to be replaced.

What was going on here? It turns out neither the superintendent nor the foreman reviewed the daily inspection forms. After a log book was filled, it was sent into storage.

What good is a log book if no one reviews it?

When the company appealed the willful citation, it argued the violation was the result of unpreventable employee misconduct.

The ALJ gave Mountain States some credit: It had a fairly clear set of work rules for the crane, a robust training program and records showing disciplinary measures for employee violations. But the judge also noted:

“The problem, however, is that [the company] utterly failed to take steps to discover violations. By its own admission, it placed sole discretionary authority on the crane operators … nobody reviews the Daily Inspection forms … crane operators appear to operate with little direction … it appears [the company] willfully blinded itself to the potential for hazardous conditions on the crane.”

Based on that, the ALJ rejected the unpreventable employee misconduct defense.

And how about the willful classification? To be willful, OSHA must show the employer acted “by a state of mind of conscious disregard or plain indifference.”

All the judge had to do it point to how it took 66 days to replace the auxiliary cable. Even after the inspection, the crane was used another nine times before the cable was replaced.

“The treatment of these notations and reports indicates that the inspection forms appear to be little more than a pro forma method of indicating that the regulation-mandated inspection occurred.”

So, check that “conscious disregard or plain indifference” box.

In the end, not only did the ALJ uphold the violation and its classification – it also increased the fine.

OSHA originally set the amount at $56,000. Noting that the company was fortunate that no one was killed in a crane collapse, the ALJ said Mountain States’ “total institutional failure to comply” with OSHA regulations merited raising the fine to $60,000 (a 7% increase).