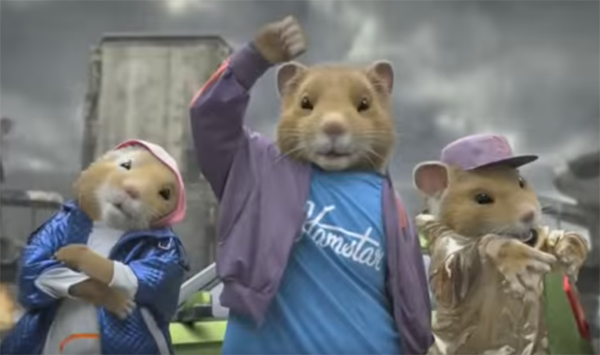 It’s all too common: An employee receiving workers’ comp is seen working while collecting benefits. In this case, the employee was seen on TV – by millions – as a dancing hamster.

Leroy Barnes entered a plea of no contest to one count each of insurance fraud and false statements. Barnes was sentenced to 90 days of electronic monitoring, 400 hours of community service and must pay $24,000 in restitution.

Barnes, 29, played one of the hip-hop hamsters in the popular Kia car commercials.

The Los Angeles Times reports Barnes claimed he was struck and injured by a falling piece of ceiling in June 2010 while dancing for a theatrical production company. Barnes received disability benefits from the California Employment Development Department.

Barnes was diagnosed with a sprain, strain and joint dysfunction of the thoracic spine. A doctor put him on temporary benefits for 30 to 45 days. Based on reports by Barnes that he was still hurt, the benefits were extended every few months. He collected $51,000 in state disability benefits for a 13-month period.

The Los Angeles County District Attorney’s Office says Barnes claimed he was unemployed during the period, but he worked as a dancer during that time, including filming commercials for Kia Motors.

When employees are receiving workers’ comp or disability payments, they are required to report any income.