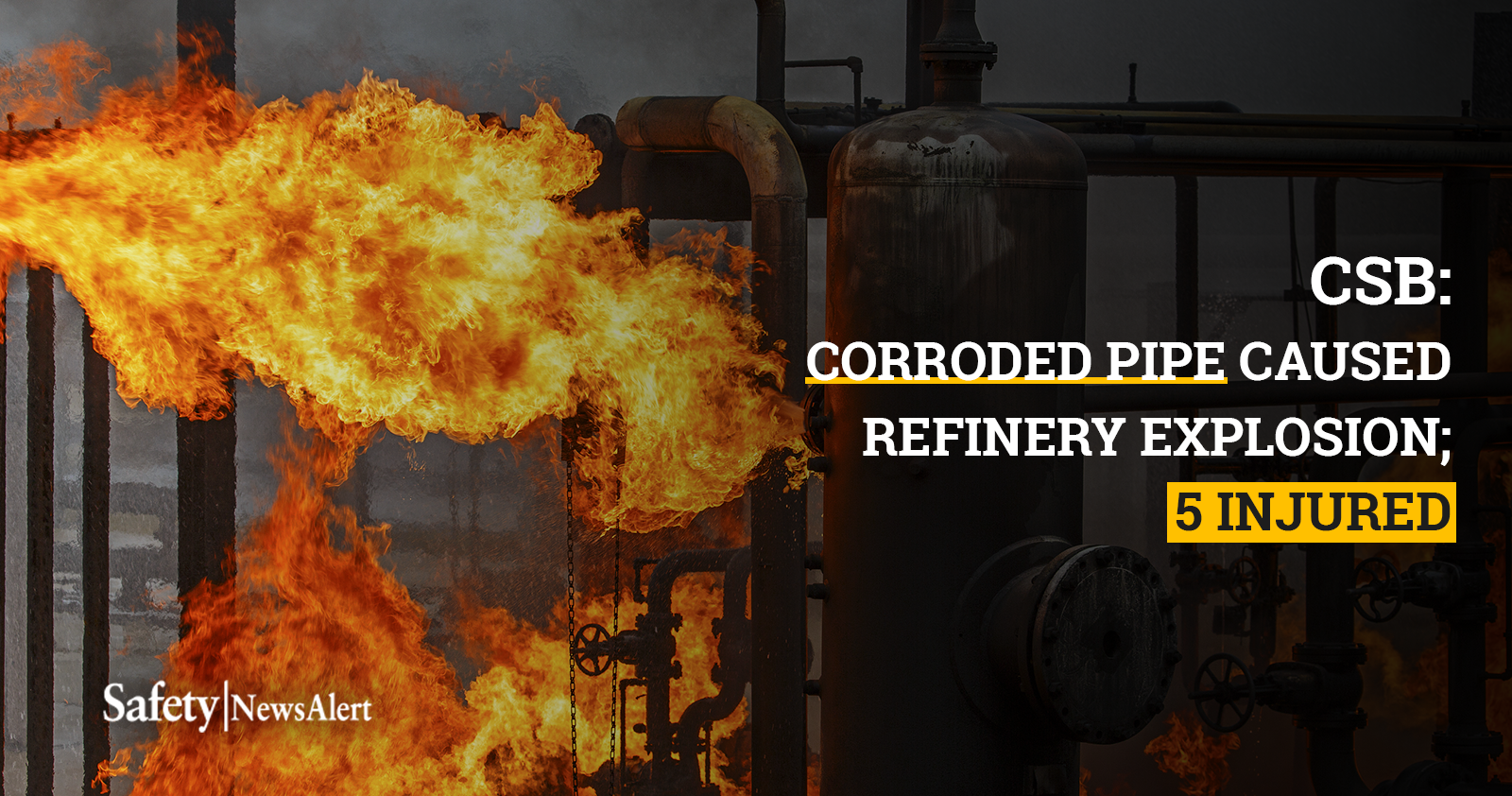 Safety professionals know wear and tear on equipment could lead to unsafe conditions if not regularly monitored and repaired. But sometimes even regular inspections don’t catch everything, potentially leading to disaster.

What if a section of a part or piece of equipment wears out faster than other parts? The section that’s regularly checked seems fine, but at another point – maybe in a place that’s more difficult to access – something’s about to catastrophically fail.

That is the situation that led to the June 21 Philadelphia Energy Solutions explosion and fire.

The explosion and subsequent fire that injured five employees, released 676,000 pounds of hydrocarbons and launched a piece of equipment weighing 38,000 pounds across the Schuylkill River was the result of a pipe elbow corroded to about half the thickness of a credit card, according to a Chemical Safety Board (CSB) report.

The pipe elbow was part of the plant’s alkylation unit that pumped a process fluid containing hydrofluoric acid, making it susceptible to corrosion.

Pipe thickness in this section of the system was periodically measured to monitor corrosion rates, but the thickness of the elbow was not regularly measured.

This particular elbow had a high nickel and copper content which corrodes at a faster rate than carbon steel when used in a process with hydrofluoric acid.

The incident occurred at about 4 a.m. when the elbow ruptured causing flammable process fluid containing 5,000 pounds of hydrofluoric acid to spill out of the pipes, forming a ground-hugging vapor cloud.

Two minutes later, the vapor cloud ignited, causing a large fire in the alkylation unit, which led to an explosion.

The fire wasn’t extinguished until 8:30 a.m. the following morning.

Of the 676,000 pounds of hydrocarbons that were released, about 608,000 pounds were combusted in the explosion. The low-concentration hydrofluoric acid involved in the process also released into the atmosphere.

Five workers experienced minor injuries requiring first aid treatment, and the CSB isn’t aware of any health impacts from the release, on- or offsite.

The company announced June 26 that the refining complex would be shutting down. It also filed for bankruptcy July 22.

The CSB investigation is ongoing, but the information gathered so far points to the lack of monitoring of the pipe elbow along with the materials used in constructing the part as the main culprits for the catastrophe.

Regular inspections are definitely important, but it is also important to make sure complacency doesn’t set in while performing those inspections.

Some equipment parts are more important to check than others, but occasional checks of more non-critical pieces are certainly warranted, as the Philadelphia incident illustrates.