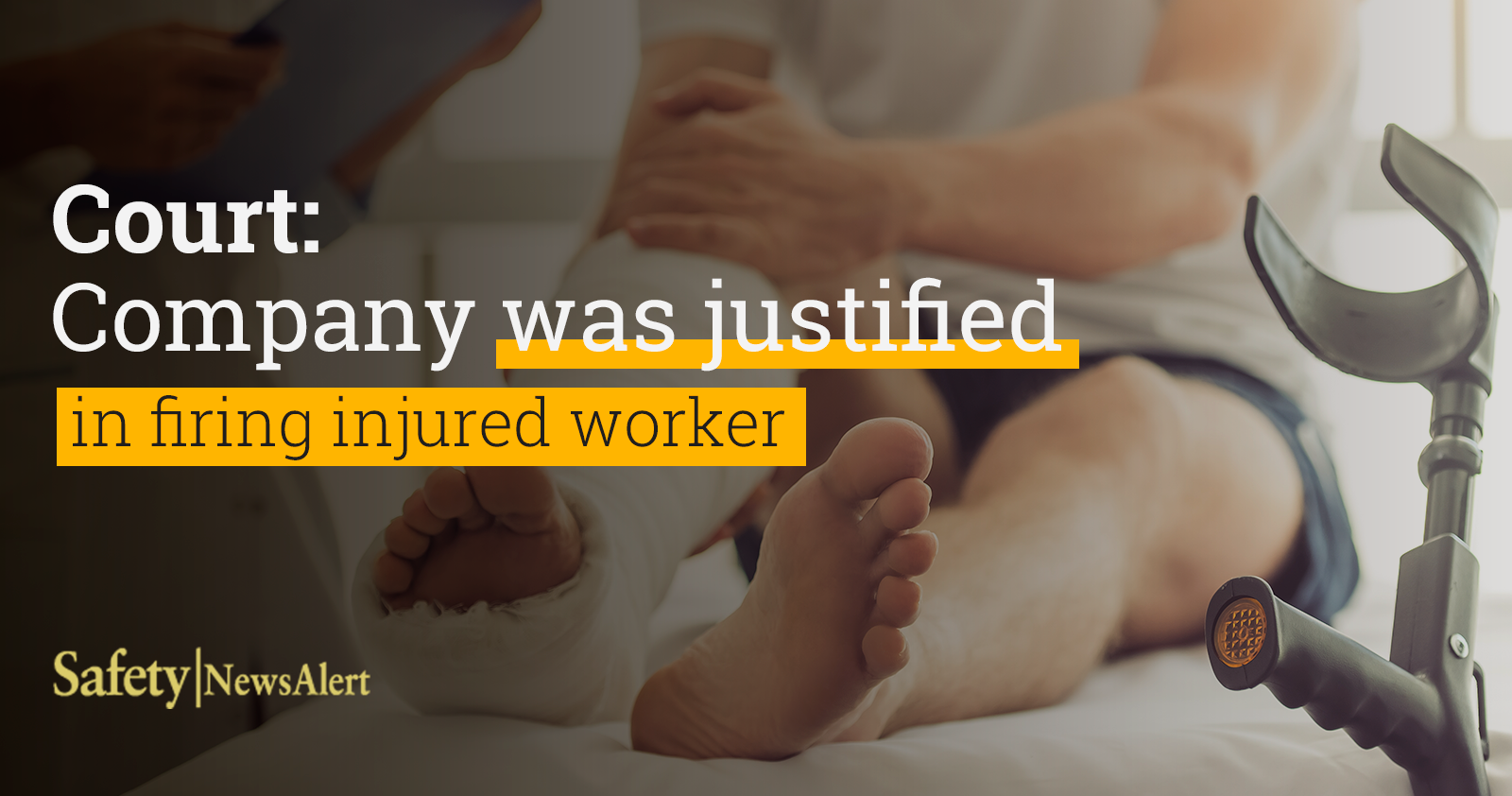 Firing an injured worker is often a sticky situation. Is the employee being fired for disregarding a safety rule or in retaliation for the injury? In this case, the employer showed the firing wasn’t retaliatory, according to a federal court.

Gary Epple was a conductor for BNSF Railway Co., a major freight railroad.

On Sept. 24, 2010, Epple and an engineer were operating a train scheduled to go to Oklahoma City. Before reaching its destination, the men received instructions to tie the train down in Purcell, OK. Epple was told to separate the train cars so vehicles on an intersecting road could pass.

After separating the cars, Epple walked toward the locomotive. There was a pile of debris blocking his way. Rather than backtracking, he went around by walking on top of a wooden culvert which had large gaps between the planks of wood. There were no handrails or galvanized tread, and it was dark and raining.

When Epple stepped onto the culvert, his foot slipped through a gap and he fell on his right knee and twisted his back. He was taken to a hospital for treatment.

At the hospital, two BNSF supervisors met Epple to interview him about the incident. The two supervisors told Epple to keep them updated on any changes in his condition, but Epple never did.

The BNSF investigation into the incident found Epple violated the employer’s safety rules when he chose to walk across the culvert rather than taking the safe course – backtracking.

BNSF held a hearing in which Epple was allowed to present his own evidence to dispute the findings.

Epple took his case to a federal district court, arguing the railroad fired him because he filed an injury report, which would be a violation of the Federal Railroad Safety Act (FRSA). After a trial, the court found in favor of BNSF. Epple appealed to the Fifth Circuit.

Although the FRSA prohibits firing due to reporting an injury, an employer won’t be found liable if it proves it would have made the same personnel decision even if there were no injuries.

The Fifth Circuit found BNSF made its case that it would have fired Epple anyway even if he hadn’t been injured.

The court noted the railroad conducted a thorough, multi-stage investigation. For example, the company assigned supervisors to interview Epple within hours of the incident and to examine the location where Epple fell.

Epple’s failure to take a safe path to the locomotive and his failure to comply with the supervisors’ instructions to keep them updated on his condition both constituted serious infractions.