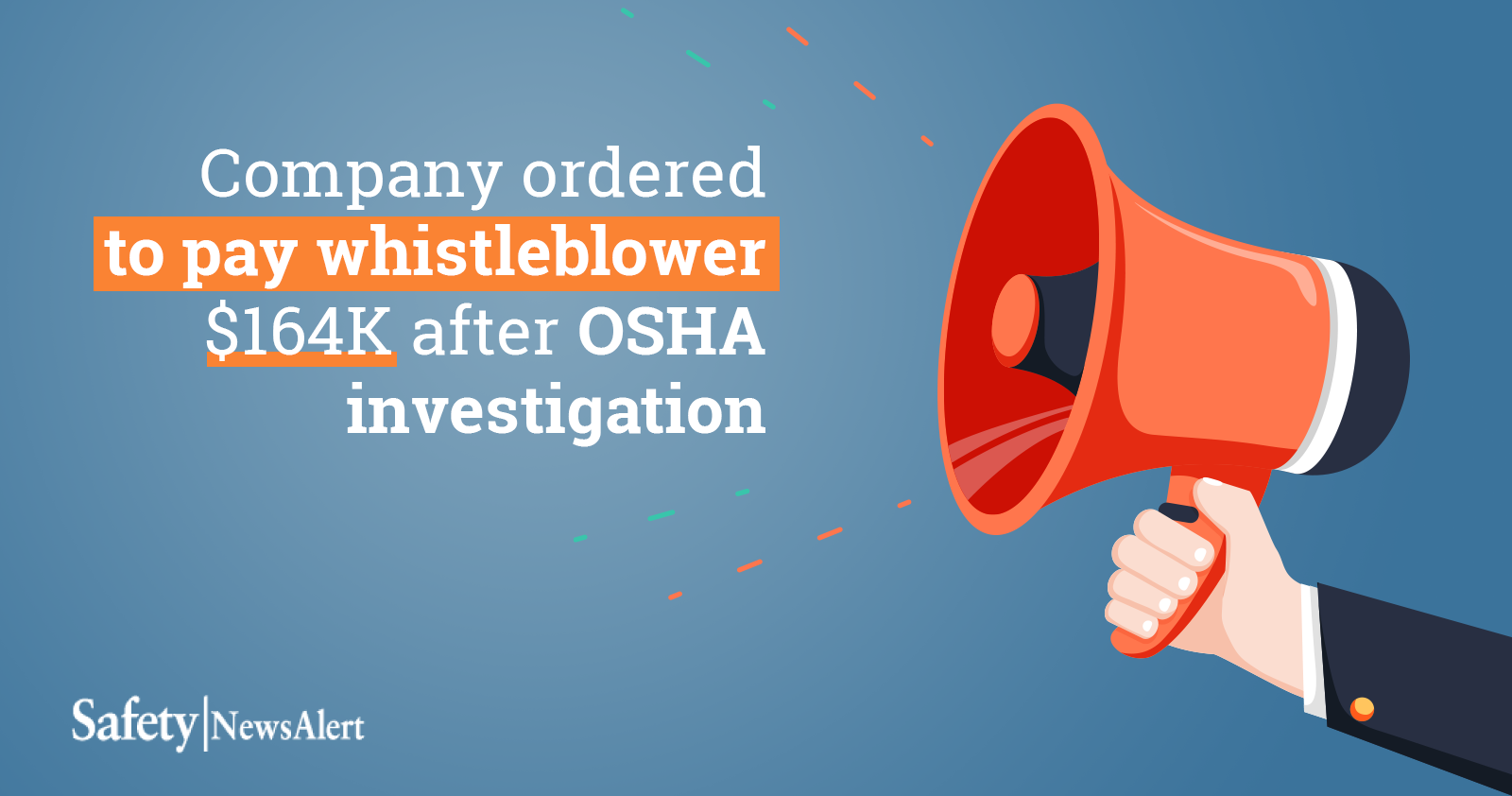 OSHA has ordered a Houston-based company to pay a former employee back wages and other compensation after an investigation found the employer fired a whistleblower.

Kinder Morgan has been ordered to:

Kinder Morgan has the right to appeal the OSHA order to the U.S. Department of Labor’s Office of Administrative Law Judges.