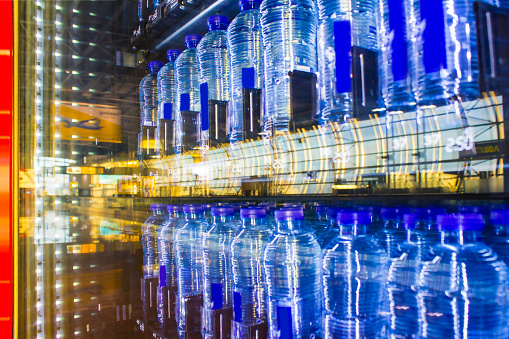 Lobby video shows a hotel manager escalated an incident with a man who complained that a vending machine gave him the wrong drink. Shouting turned into a physical fight, injuring the manager who filed for comp, then was fired. Was the firing justified, or was it retaliation for filing the comp claim?

Not in the case of Amy Witham.

As noted by U.S. Sixth Circuit judges in their opinion, “happily for us (and unhappily for Witham)” video footage shows exactly what happened here.

On Nov. 19, 2012, Witham, the general manager of Intown Suites, Louisville, KY, was at the facility’s front desk training a new manager.

A man walked up to the front desk complaining that a vending machine outside the lobby had given him a bottle of water instead of a can of root beer.

Witham asked what the man’s room number was, but he said he wasn’t staying there.

“Just a head’s up, that’s for guests only,” Witham replied. “You could actually get ticketed for trespassing by the police if you’re over here and you’re not a tenant, just so you know.” Witham said she’d pass along the complaint to the vending machine company.

The man murmured something and Witham responded, “Well, you’re not a tenant here, so you’re not gonna talk like that in my office, and you can go ahead and leave.”

Witham and the man began shouting, and she asked him to leave a few more times.

Then she said “bye” sarcastically and made an exaggerated waving gesture three times as the man approached the door to leave.

The man said Witham was “lucky” he hadn’t come across the counter after her. Witham dared him to do that.

“Come across the counter, cause it’s on camera now, honey,” she taunted.

The man came toward Witham. More yelling. He raised himself onto the front desk and swore at Witham.

Meanwhile, Witham continued to egg him on, daring him to jump across the counter. He knocked a computer monitor to the ground, and she ordered the manager-in-training to call 9-1-1.

Witham went to the lobby door and blocked the man from leaving. He tried to open the door, but Witham jammed it shut.

The man pushed Witham into the wall, and she charged back toward him, swatting and clawing at his face. They tussled for a few seconds, and the man slammed Witham to the floor, kicked her twice and then fled.

Witham went to the hospital for injuries to her head and hand.

Let’s go to the video

A day or two after the incident, Intown’s general counsel and its CEO viewed the security footage. After consulting with two other company executives, all agreed Witham had acted unprofessionally, and they placed her on administrative leave.

A few days later, Witham started the process of filing for workers’ comp. That same day, the executives met again regarding the incident and decided to fire Witham.

Witham filed a lawsuit, claiming Intown violated the law by firing her in retaliation for filing a workers’ comp claim. Intown filed a motion for summary judgment which a district court granted. Witham appealed to the Sixth Circuit.

“By encouraging the man to jump onto her desk and by preventing him from leaving, Witham transformed a minor incident over a wrongly dispensed water bottle into a tense conversation and eventually into a physical confrontation, violating a number of company policies along the way. And she did all of this in front of another employee whom she was supposed to be training.”

Witham tried to argue that the firing was retaliatory because:

This case shows timing isn’t everything. Just because Witham was fired on the day she inquired about the workers’ comp process didn’t mean that her firing wasn’t justified.

Let us know what you think about this case in the comments.