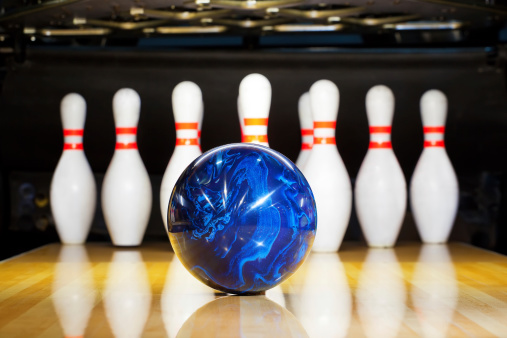 OSHA says a pinsetting machine’s operating parts were improperly exposed, and that caused the death of a bowling alley worker.

David Geiger, an employee at Northwest Lanes in Fairfield, OH, was killed Nov. 5, 2014, when he was trying to retrieve a bowling ball from the lane. His hooded sweatshirt got caught in the pinsetter and he was asphyxiated.

Geiger, 53, had worked in the bowling alley business for 30 years.

“Northwest Lanes had identified issues with its 1970s-era equipment, but it did not ensure workers were protected from dangerous parts,” said Bill Wilkerson, OSHA’s area director in Cincinnati.

The bowling alley first opened in 1976. It employs 26 workers.

Northwest has requested an informal conference with OSHA. If the company decides to contest the citations, a hearing will be held before the Occupational Safety and Health Review Commission.

The company has no history of federal workplace safety violations.

Similar incident at another company

In 2011, OSHA cited AMF Bowling Centers for three serious and three repeat violations following the death of a worker at its Addison, TX, facility.

The worker was killed on Feb. 21, 2011, after being caught in a pinsetter machine while clearing a jam. The worker’s arm got caught, and he was pulled into the machine. OSHA said the pinsetter hadn’t been de-energized or locked out before the worker tried to clear the jam. It also lacked machine guards.

The incident at Northwest provides a good reminder for employees who work near moving machine parts: They should avoid wearing loose clothing or jewelry that could get caught and cause them to be pulled into the machine.