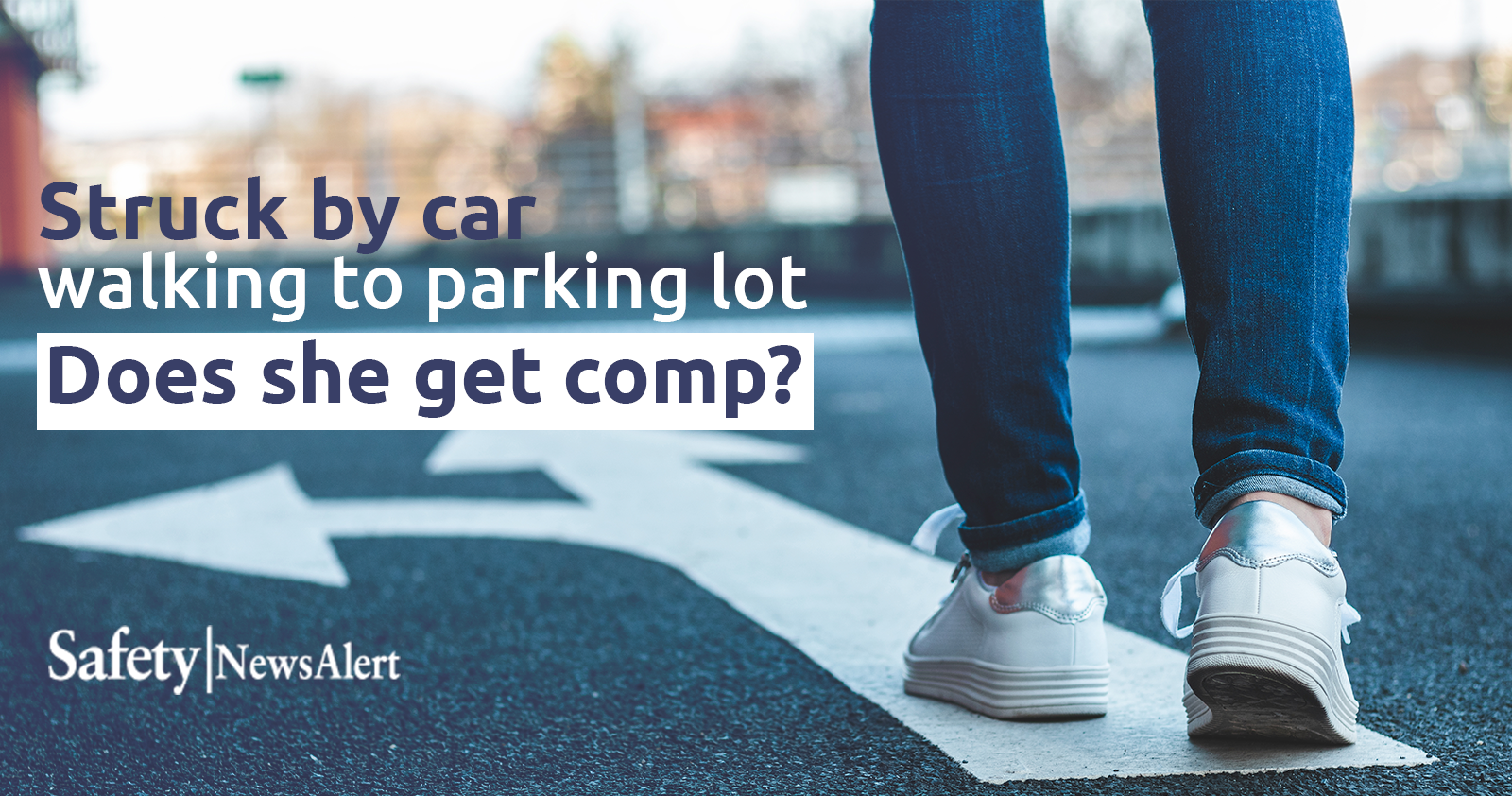 It’s a classic conundrum: If an employee is injured walking to or from their car before or after work, is the injury eligible for workers’ comp?

On Dec. 30, 2015, Manuel finished her shift and was crossing the street to get to the lot where she parked her car when she was struck by a another vehicle and thrown several feet. She suffered hip and pelvic fractures, a concussion and other injuries.

RWJ offered parking for employees in the lot where Manuel had parked. The lot is across the street from the hospital and is owned and managed by another company, Assured Resource Management (Assured).

A judge of compensation found Manuel’s injury wasn’t compensable. The judge noted Manuel was injured on a public street that RWJ didn’t control. Also, RWJ provided an alternate means to travel between the lot and hospital (the shuttle).

In Manuel’s case, the state superior court noted the two most important questions were:

Manuel was injured on a public street that RWJ didn’t control. Therefore, the court upheld the compensation judge’s opinion: Manuel wouldn’t get workers’ comp benefits for her injuries.