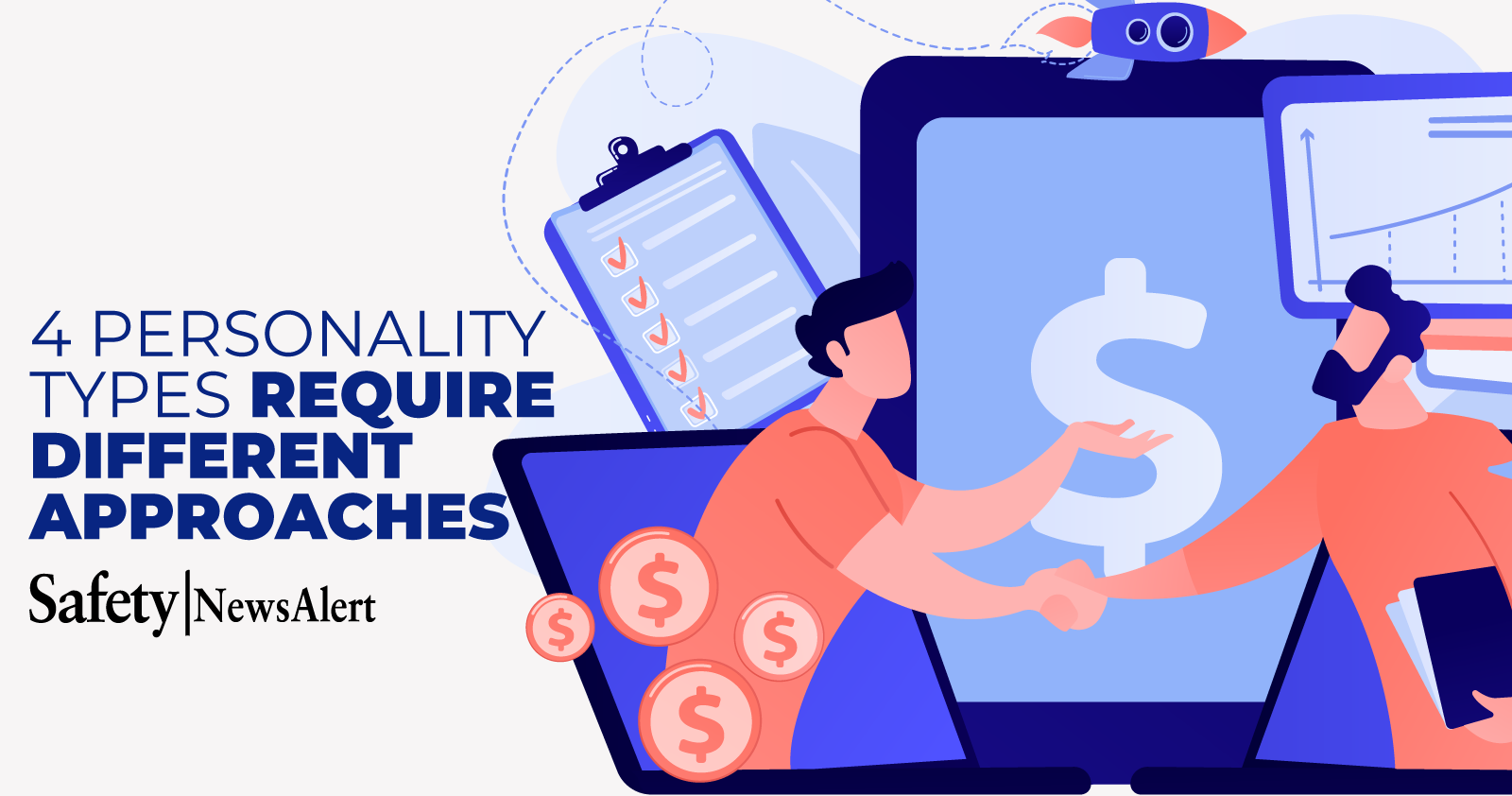 Are you in Sales? You probably thought, no, I’m in Safety. However, 90% of all communication in long-term partnerships, including business, is sales.

Example: You need more budget for Safety. You have to convince someone of that, so you’re in Sales.

And to know the best way to sell someone on something, you have to know something about their personality type.

Squares are structured, left-brained and detailed. They like things to be in order. They hate clutter. They are dedicated people and are pretty honest. They are some of the hardest working people … according to themselves. They work hard, but they don’t like to work with other people. “If you give it to me, I’ll get it done right, but leave me alone.”

Triangles can have a bit of a temper that comes out of nowhere. They are the perfectionists. They want things to be done right. Whose way is right? Their way. In school, you argued that your grade on your test wasn’t high enough. You’re a little OCD. You’ll do things over and over just to make sure it’s right. You’re great at multitasking.

Circles tell long stories that go on and on and on. You’re the party people, the most social. COVID-19 lockdown was the hardest for you. You’re the motivators of the world, and also the one who says, “It’s going to be OK, we’ll get through this.” You want everyone to get along. The problem with Circles is that you get dumped on. The word you don’t know is “no.” “I’ll do it” is your motto.

Squiggly lines think outside of the box. They like to do things differently, have fun and get along. It’s been a tough year for Squiggles. They like to make people laugh. They’re dedicated, but people don’t take them seriously because they’re funny or because they take a squiggle’s humor personally.

Why do we need to know about personalities? Because knowing someone else’s personality type will help you close a deal with them.

You have a great idea but can’t sell it to the person who needs to buy in.

The problem: Squares and triangles don’t know how to sell to circles and squiggles (and vice versa).

Squares: Circles and Squiggles don’t get you and you don’t get them. Most Squares would like to meet in their office. Go to a Square’s office to close a deal. Squares aren’t interested in small talk. Be early. Give them their personal space.

Triangles also want to meet in their own offices. It’s about control. Similar to squares they don’t want small talk, they’re early and like social distancing.

Circles like to be close to other people. They hug (when there isn’t a pandemic). Don’t meet with them in anyone’s office. Meet someplace where they can eat and drink. Act like you have a little extra time to deal with a Circle. If someone is late, a Circle is OK with that. They are willing to pay more for something from a person they like. They need to like you to buy from you. Circles like small talk because they’re interviewing you to see if you’re the type of person they want to do business with.

Squiggles are the hardest people to close a deal with. They prefer to be with people who are funny. To close a deal with a Squiggle, you better be funny. Generally, Squares aren’t funny. Triangles think they’re funny, but their “funny” is mostly sarcasm. Circles are funny at the end of their long stories.

(Based on a presentation by Connie Podesta, psychologist, comedian and squiggle, at ASSP’s Safety21 Conference)