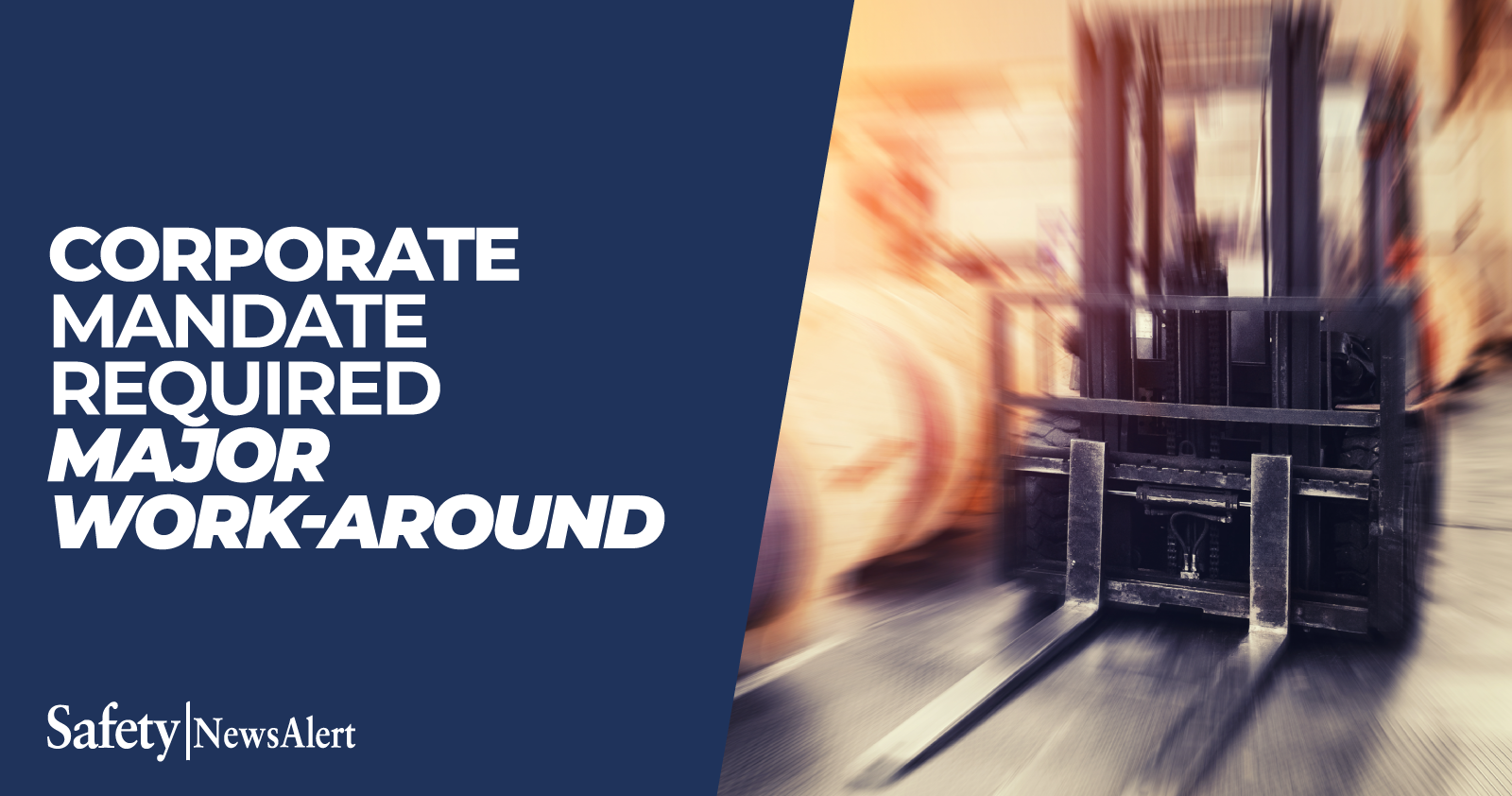 Imagine this: Upper management gives you a safety mandate. You realize their plan isn’t achievable. And they’re not receptive when you tell them. Now what?

Bryce Griffler was sent to be the safety manager at one of his employer’s worst performing facilities.

Within his first two weeks at the plant, a forklift ran into a support beam, knocked out a sprinkler and flooded the warehouse.

Previous concerns with forklift safety at this plant led to a corporate directive to install flashing lights and alarms on the facility’s massive fleet of forklifts within five weeks.

Griffler was excited to take on his first large-scale project as a safety manager, and put together a team from the safety, maintenance management, and labor and engineering departments.

Because of the large fleet of forklifts, the project was viewed as a challenge, but still something achievable. That was soon to change.

From tall order to the impossible

To make matters worse, Griffler and his team found the lights and alarms caused additional hazards and potential OSHA violations that also had to be considered.

Griffler had a meeting with corporate leadership attempting to explain why the project couldn’t proceed as expected and highlighting the new hazards and OSHA’s requirements.

But the leaders wanted results, not excuses, and Griffler realized he was approaching them the wrong way.

After that meeting left him feeling like he was on the verge of being fired, he decided to change tactics.

He began to highlight all the other things he and his team were doing to work around the difficulties stemming from the mandate.

Griffler went over the many ways his team mitigated vehicle hazards:

That strategy was a game changer.

Corporate saw the alternatives being used to achieve their mandate, ultimately leading to the use of those measures at all the company’s plants.