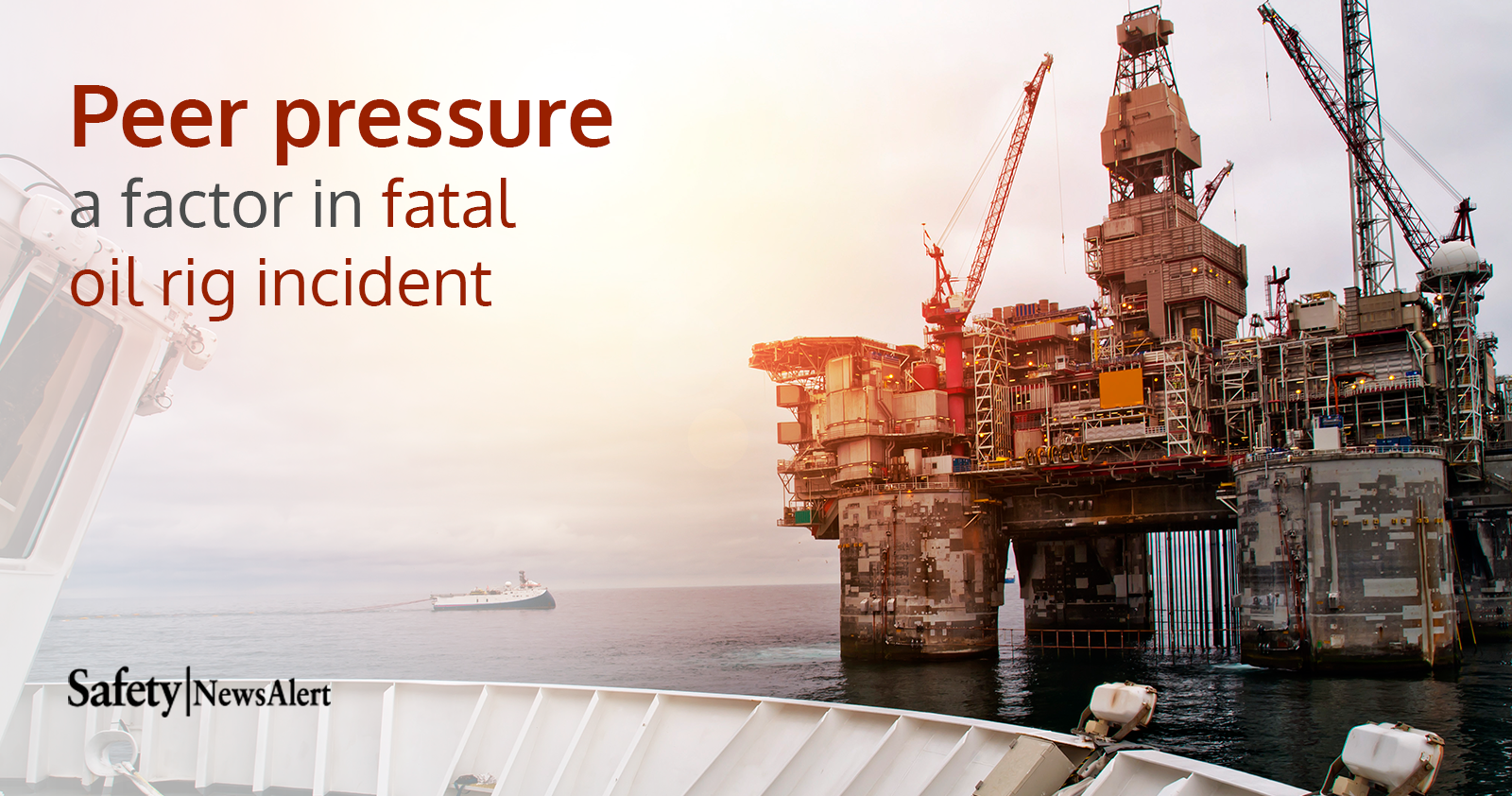 Peer pressure can be a double-edged sword when it comes to safety: It can help convince workers to do the right thing, or it can push them to take unnecessary risks.

The wrong sort of peer pressure could even result in severe injury or death, as illustrated by an Occupational Safety and Health Review Commission case involving a fatal oil rig incident.

On July 23, 2015, Basic Energy Services was hired by Mid-States Petroleum to remove a section of oil pipe stuck 7,500 feet underground.

The Basic Energy crew worked with an employee of Knight Tools, which provided specialty tools to help remove the pipe, and the work was overseen by a Mid-States representative.

A 120-feet-tall mobile rig with a hydraulic actuated mast would be used to “fish” for the pipe using a long string of pipes and equipment which would jolt the pipe, latch onto it and reel it in along with the string.

The crew freed the pipe, then began reeling it in, but the pipe string got stuck in the process.

To free the string, the Knight Tools employee told Mullins to follow the same procedure he used earlier, but Mullins told Brown he was concerned the derrick hands working high up on the rig would be at risk when he jolted the pipe.

The man from Knight Tools told them there was nothing to worry about, and Brown told Mullins to do what he was told.

After he unsuccessfully jolted the pipe string loose, two of the derrick hands came down off the rig, but Turner remained in position, 60 feet above the ground.

The Knight Tools employee told Mullins to try a second time, and again Mullins voiced his concerns, but was told by Brown to follow orders.

After the pipe string failed to break free, the Knight Tools employee and the Mid-States representative told Mullins he needed to try again, but Mullins was still concerned for Turner’s safety.

The man from Knight Tools began mocking the Basic Energy crew for “being too timid and called them derogatory names,” with most of his jeering directed at Mullins, while the Mid-States representative laughed, according to the OSHRC decision.

Brown told Mullins to just do as instructed, which he did, causing the front end of the rig to lift off the ground.

Then the pipe string broke free, the rig fell back toward the ground and then flipped onto its side, severely injuring Mullins and Brown and killing Turner.

OSHA cited Basic Energy for the incident, fining the company $7,000, which was upheld in court.

The OSHRC stated the company failed to follow its own safety policy and industry standards when Brown – who succumbed to peer pressure from the Knight Tools employee – repeatedly refused to listen to Mullins’ stop-work requests.