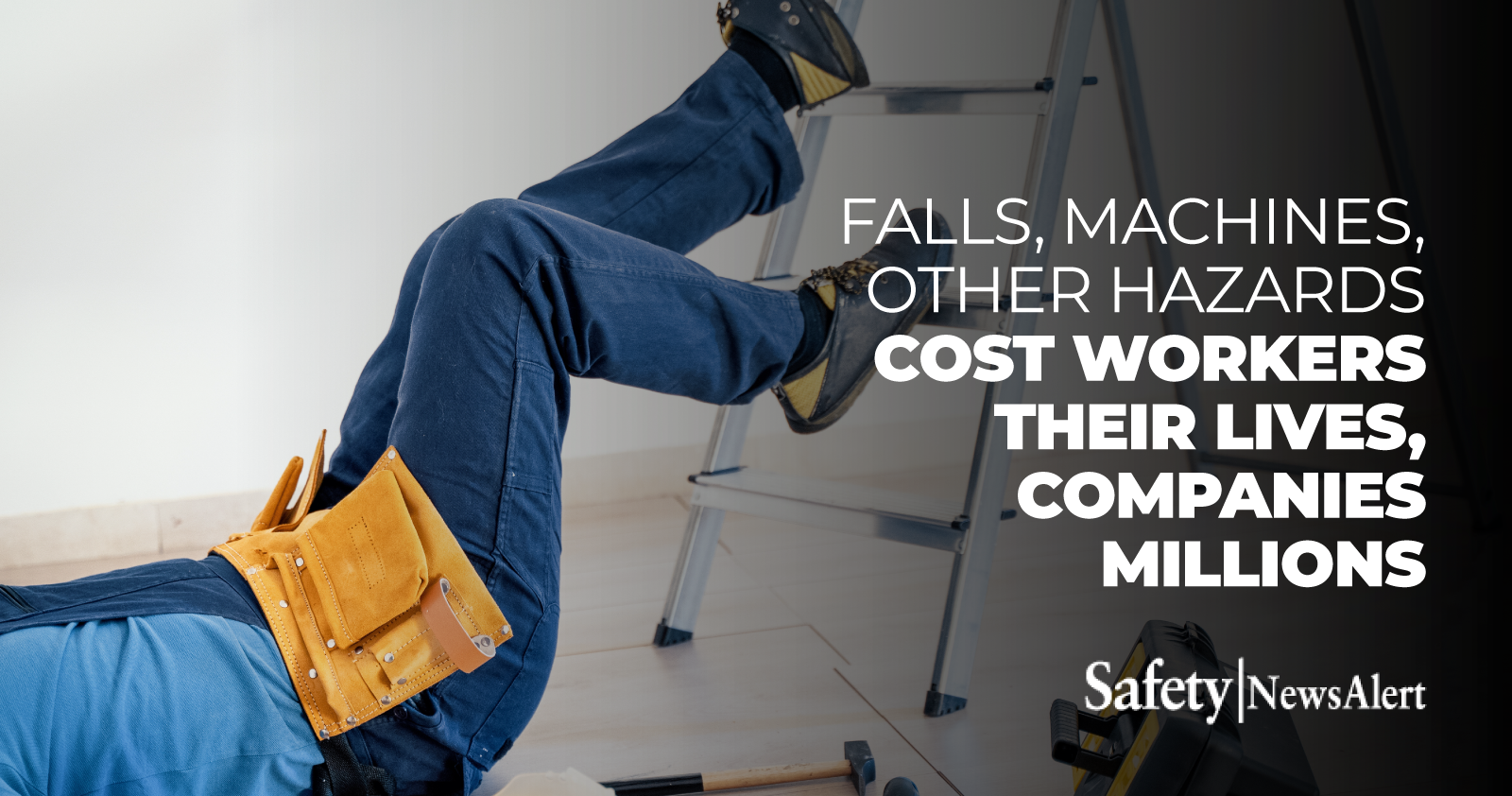 OSHA’s most expensive fines of 2022 include three construction companies that ignored fall safety requirements and an auto parts plant that exposed its workers to numerous different hazards.

OSHA cited this New York roofing contractor after investigators found fall protection violations during three separate inspections of its worksites in May 2021.

Inspectors found violations that exposed workers to falls from heights of 18 to 20 feet along with exposing employees to head and eye injuries from falling or flying debris.

The company was cited for fall-related hazards at three other worksites in New York and New Jersey between 2019 and 2021, including one which involved a worker who died following a fall in February 2019.

This auto parts plant in Camden, New Jersey, let a variety of safety hazards and work habits slide for years. For example, OSHA inspectors found a damaged circuit breaker was strapped to a pole with a bungee cord instead of being repaired by a licensed electrician.

OSHA investigated the manufacturer after an employee’s hand was crushed in an auto lift that started up suddenly. Inspectors determined the cause was a lack of lockout/tagout procedures and controls.

Just a few of the other things the company failed to do included:

Luxury vinyl tile flooring manufacturer NOX, a serial violator, was fined $1,232,705 after an employee’s finger was first caught in a rotating spindle on a plastic winding machine, then his body was pulled around the machine’s spindle. The worker, who had been on the job just six weeks, suffered multiple severe injuries that required surgery.

OSHA also fined the company for exposing workers to machine hazards, lacking PPE and failing to train workers on safety hazards and precautions.

This is the seventh worker injury related to lockout/tagout at the company since 2017. NOX is in OSHA’s Severe Violator enforcement program.

This inspection was conducted following the death of an employee who fell 18 feet through an unprotected skylight on the construction site of a municipal building in Setauket, New York.

OSHA found that, in addition to the unprotected skylight, the employer exposed workers to falls of up to 22 feet from other unguarded roof openings and roof edges, and failed to provide employees with any personal fall protection equipment.

Before this inspection, OSHA had cited DME seven times since 2011 for fall-related hazards, including not providing protection from falls through skylights and from roof edges, with more than $50,000 in unpaid fines.

OSHA began an investigation of JDC Demolition Company after a heavy equipment operator working on the eighth floor of the Government Center garage in downtown Boston died when the partially demolished floor collapsed.

The 11,000-pound excavator and its operator fell 80 feet, resulting in the worker’s death. It was their first day on the job.

OSHA found JDC failed to adequately train its workers on the demolition plan and safety management system to help them recognize and avoid unsafe conditions.

On the morning of the collapse, another heavy equipment operator, who had started demolition on a concrete beam on an upper floor bay, told the foreman they had concerns about the floor’s safety. Despite those concerns, the employee who later died in the incident was assigned to operate the excavator. That worker never received a safety briefing and wasn’t trained to follow the engineer’s demolition plan.

This contractor already had a long history of disregarding workplace safety standards before this OSHA inspection revealed employees working at dangerous heights without fall protection, this time at a West Virginia work site.

OSHA found that Charm allowed its employees to work at heights of up to 28 feet without required fall protection.

The agency issued citations for 12 violations – six egregious-willful, five repeat and one serious – for failing to ensure the use of fall protection, not training employees on fall hazards, allowing unsafe use of portable ladders, and not making sure workers used safety glasses.

This was the 12th time Charm was cited since 2009 for violations related to fall hazards. The company was placed in the Severe Violator Enforcement Program.