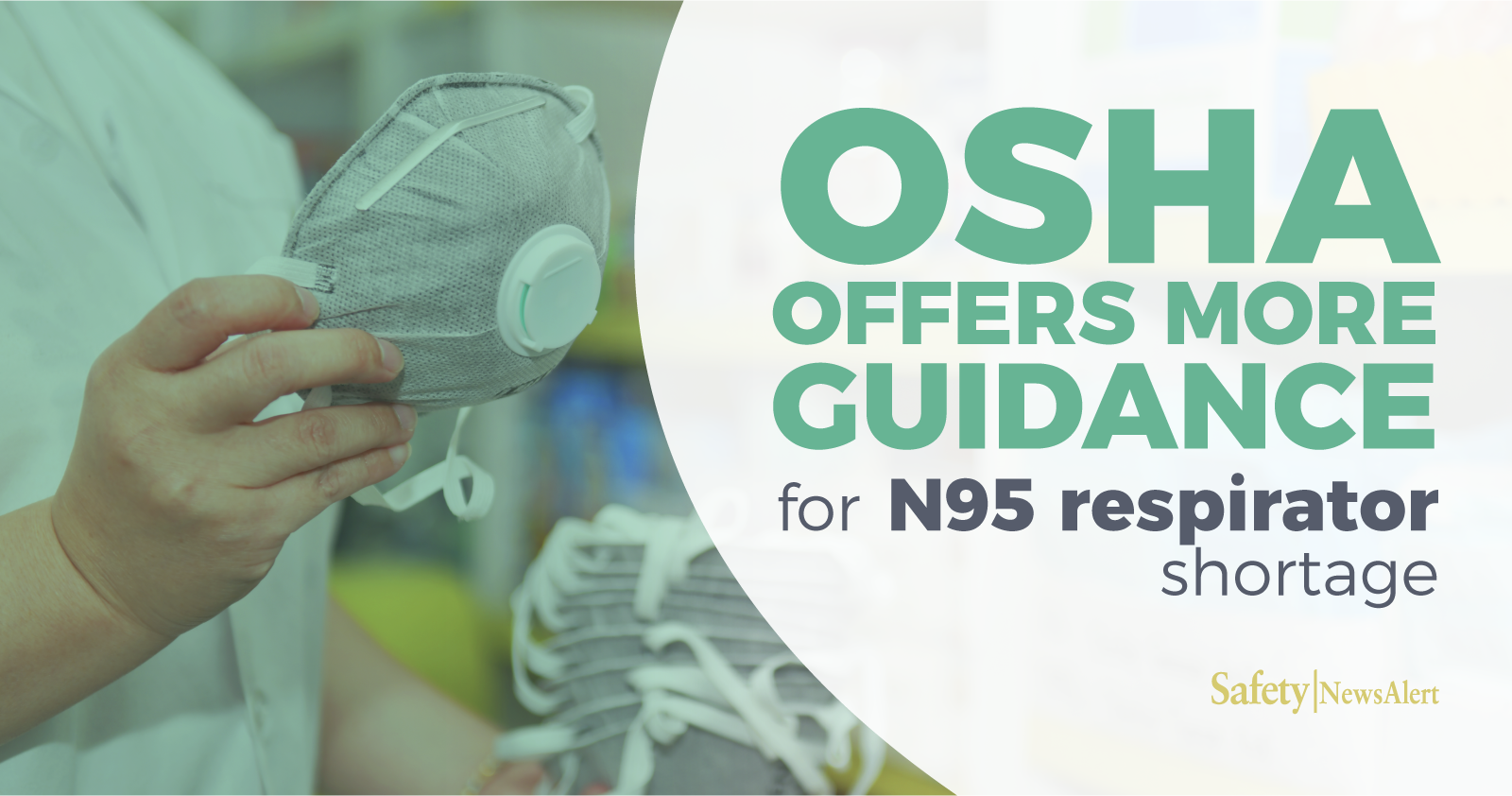 As further guidance during the N95 respirator shortage, OSHA released a list of standards from other countries for alternative respirators and filters certified outside the U.S.

According to the Department of Labor, employers can consider using respirators and filters certified under:

This latest guidance is effective immediately and will remain in effect until further notice. It is additional to OSHA’s previous guidance on the N95 respirator shortage.

OSHA reminds employers to also reassess engineering controls, work practices and administrative controls to identify changes which can be made to decrease the need for N95 respirators during the shortage and COVID-19 outbreak.