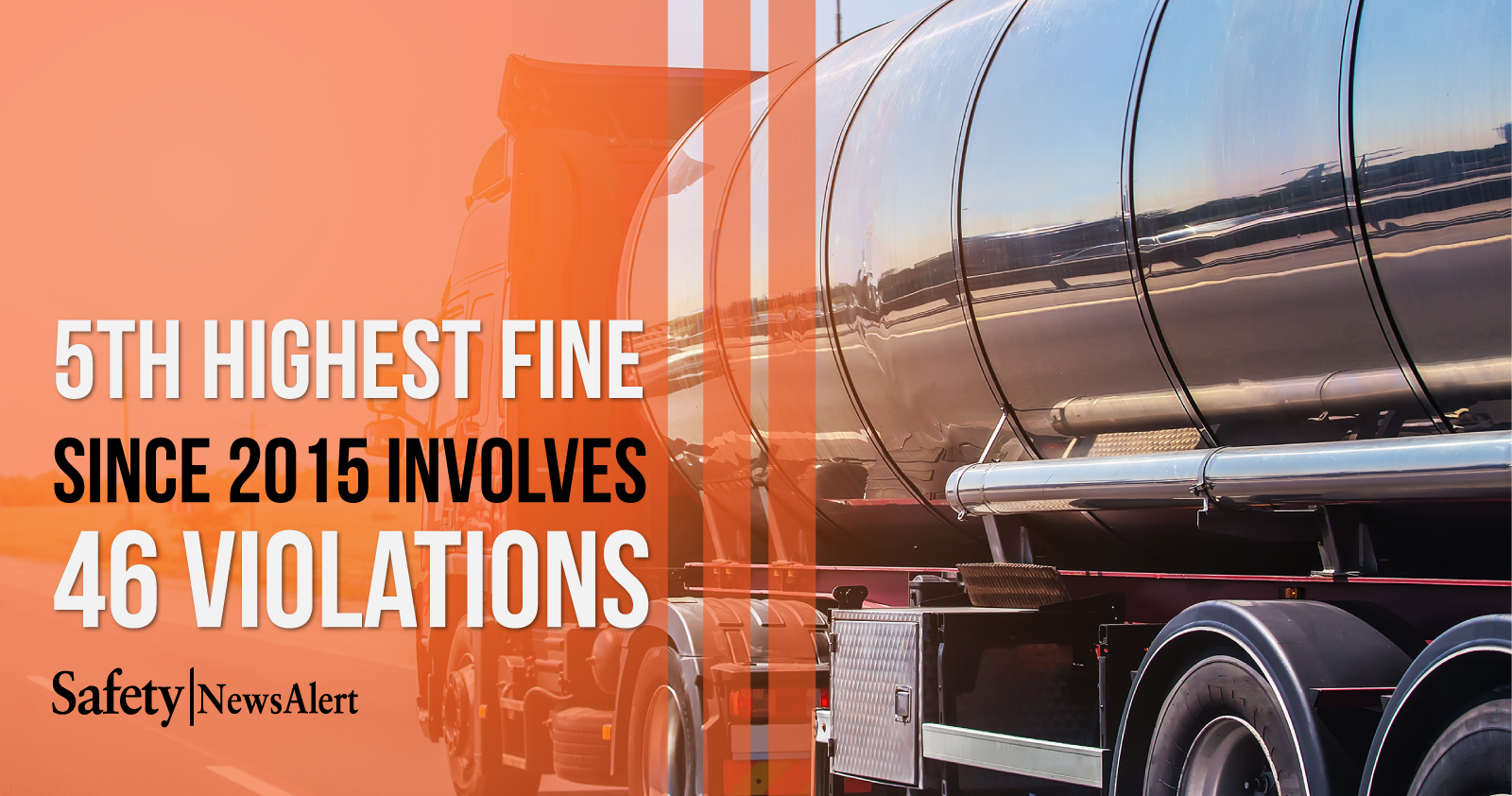 An Ohio trucking company was slapped with a $1.57 million OSHA fine after a hazardous materials incident that caused the deaths of two workers.

The fine is the fifth highest the agency has issued since January 2015 and involves 40 willful violations.

On Feb. 20, an employee of Great Lakes Tank & Vessel entered a tanker trailer to scrub it out and was overcome by fumes. A second employee went to help their co-worker and was also overcome, according to WKYC News.

Both were taken to the hospital where they later died from their injuries.

One of the serious violations was for failing to provide full facepiece supplied-air respirators with auxiliary self-contained air supplies for use in immediately-dangerous-to-life-and-health environments, according to OSHA records.

The last fine of this scale was issued Oct. 24, 2019 for $1.6 million to AB Specialty Silicones following an explosion and fire that killed four workers.