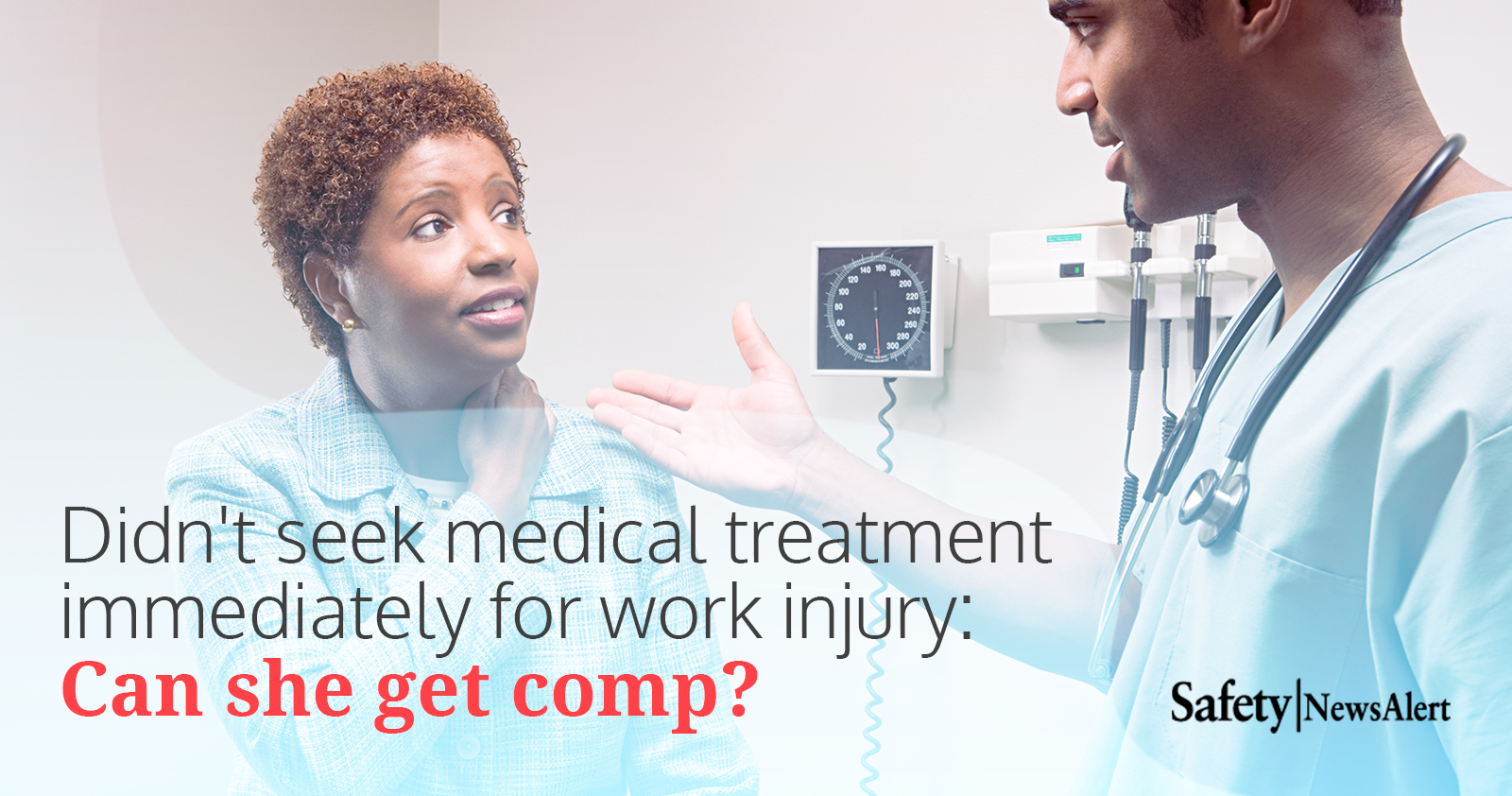 An employee said she hurt her shoulder at work on her last day before a vacation. She went to a doctor after she got back. Did she get workers’ comp benefits?

On Nov. 18, 2017, a gust of wind blew a solar panel she was holding into the air and blew her arm back over her head.

Reed wasn’t in pain at the time and continued working. She says she did tell Mortenson’s “safety man” what happened.

Nov. 18 was the last day of work for Mae before leaving Nov. 21 on a vacation out of the country.

Reed says pain in her shoulder started the night she left for vacation but she didn’t get medical treatment until she returned to the U.S. She immediately went to the emergency room at 4:13 a.m. when she got back on Nov. 28.

ER records don’t mention that Reed’s injury was work-related. A “triage note” said, “Patient states that about a week ago threw right arm up and felt like it pulled something, now it hurts all the time since then.”

Reed was diagnosed with a strained shoulder and told to follow up with her family doctor.

Later on the morning of Nov. 28, Reed went to the job site to report her injury.

Mortenson argued the evidence didn’t show Reed met her burden of proving her injuries arose from work. The company said neither ER records nor records from Reed’s first visit to a doctor reflect the injury arose from work.

Reed said, even though she didn’t feel pain immediately after the incident, she thought it was important enough to report to their safety manager. She also noted she visited the ER in the middle of the night after returning from her trip out of the country and reported her injury to her employer the same day.

The ALJ had found Reed’s testimony to be credible. An Arkansas appeals court agreed, noting that the Commission, not the court, gets to determine the credibility of a witness and weigh the evidence.

“Reed’s failure to immediately report an injury or provide corroboration regarding the incident is not fatal to her claim because the ALJ and the Commission apparently found her to be a credible witness,” the court wrote in its opinion.