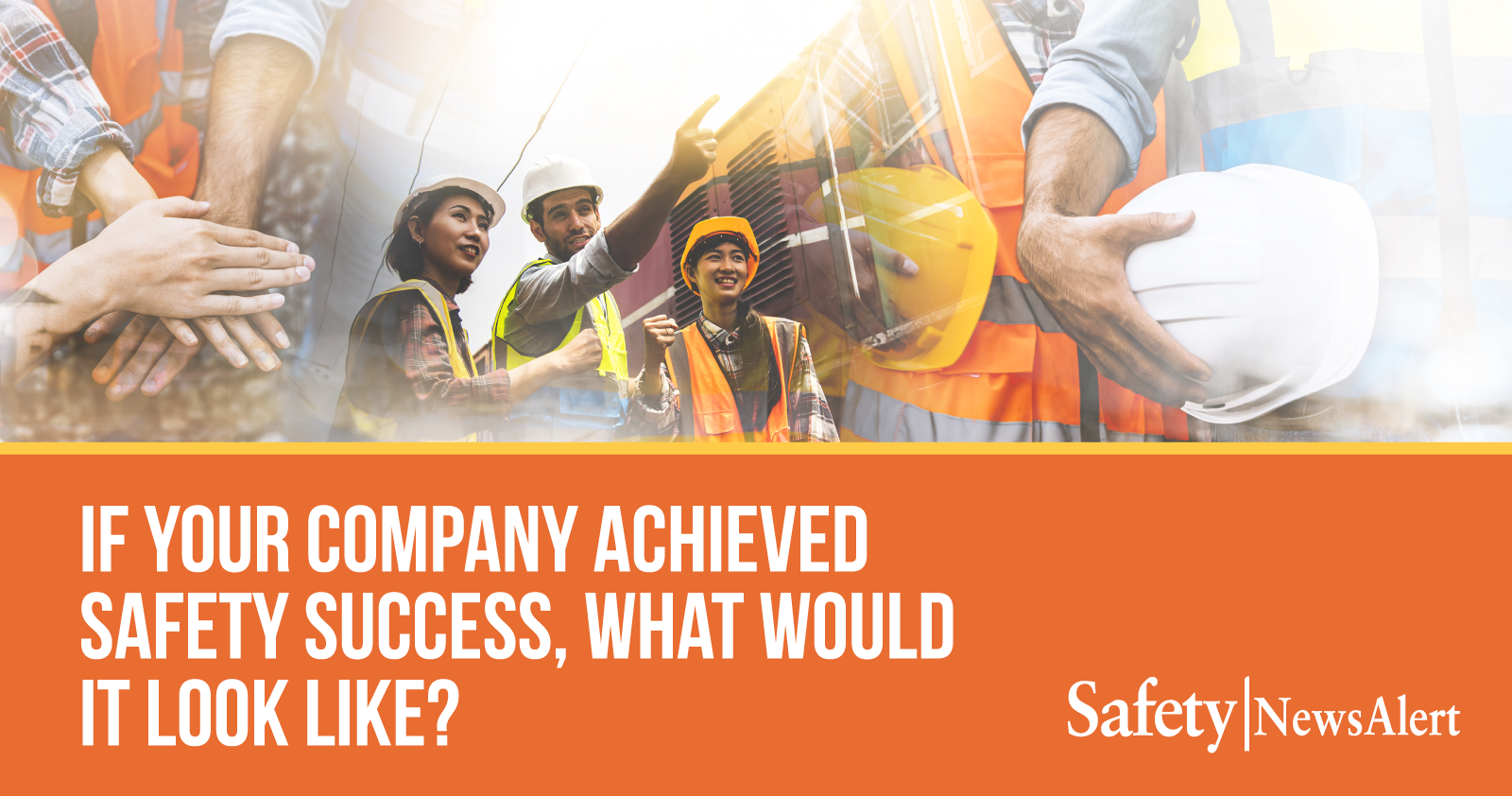 To reach excellence in safety, first you have to define what it will look like.

This is the way one company I worked with defined safety success:

This was a construction company with about 80% attrition each year because, after finishing one major project they’d been working on for nine months, they’d pack up and move to another location and another project. So getting employees on the same page was very difficult when they lost most of their people every year.

Their goal: A company manager could walk up to any worker, and that person would know their job and their safety role and responsibilities tied to it.

Similarly, the company also asked itself, what should safety look like to employees who are going to be with the company for only nine months?

The company boiled it down to four main things they wanted employees to do for safety:

Any employee who was on the job site for a month knew these four things because they were emphasized over and over again.

One client was so impressed with what they saw regarding safety that they awarded the construction company an extension of their project.

Safety became a competitive advantage to the organization.

(Based on a presentation by Shawn Galloway, CEO, ProAct Safety, Houston, at the National Safety Council’s 2021 Safety Congress)