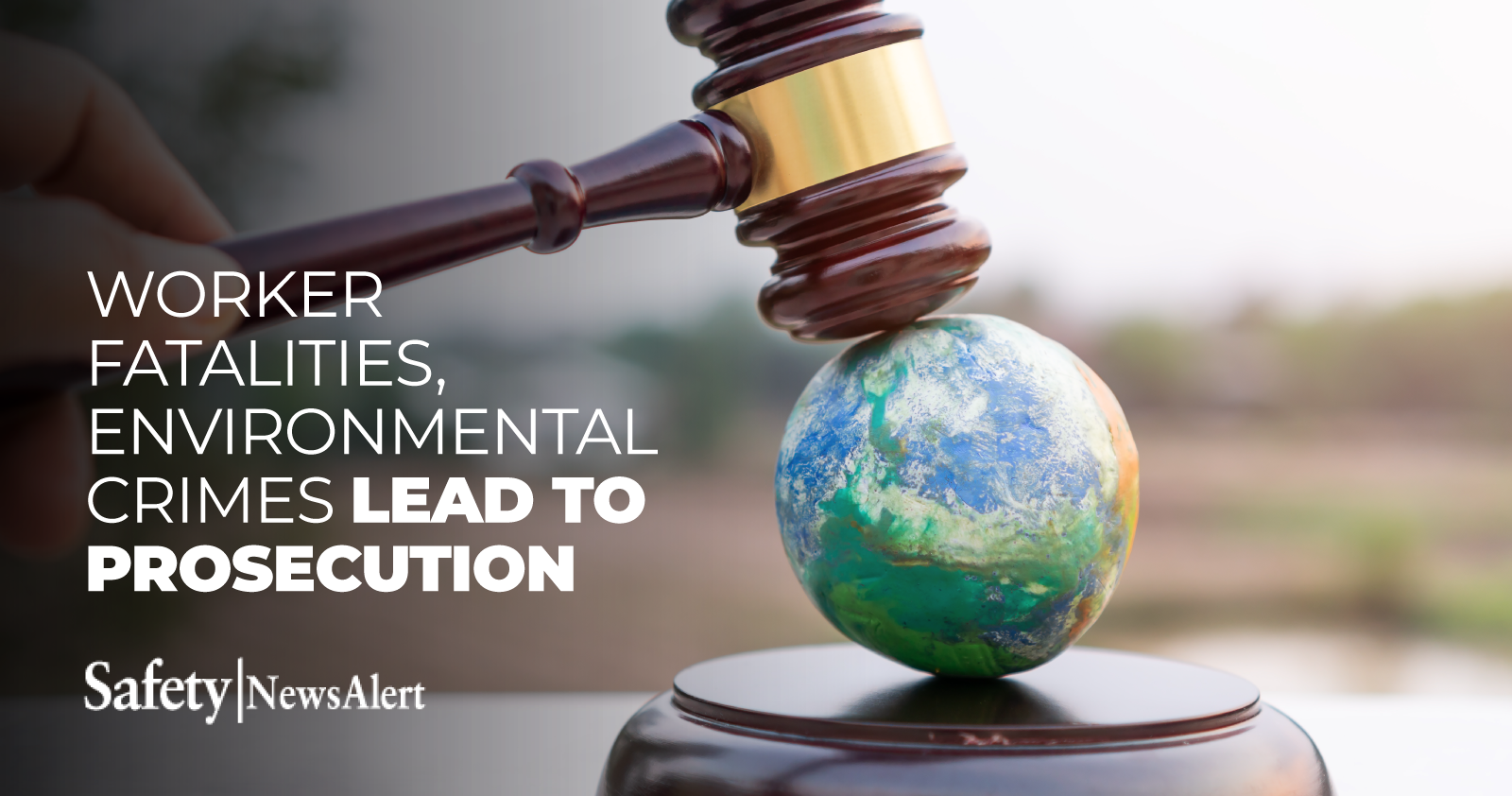 The U.S. Department of Justice (DOJ) said in March that it would work closely with OSHA to prosecute employers whose willful violations led to fatalities. Three recent criminal cases show DOJ wasn’t bluffing.

Specifically, DOJ said it would be formally collaborating with OSHA in pursuing cases related to worker safety and safe working conditions as well as environmental crimes that impact worker safety.

In May 2022, DOJ prosecuted one company and several management members for an environmental crime that killed several workers. Three months later, it prosecuted two other companies for OSH Act crimes that led to workplace fatalities.

“From an evidentiary standpoint, the primary OSH Act crime requires the government prove that the employer willfully violated a safety standard and the violation caused the death of the employee,” Brought said. “Also, because an OSH Act crime is a misdemeanor, and not a felony, the maximum punishment is capped at $500,000 as a Class B misdemeanor (although subject to the Alternative Fines Act).”

Further, this crime applies to “any employer” so companies are frequently charged and sentenced with a fine instead of individual imprisonment.

For environmental crimes, the DOJ’s Environment and Natural Resources Division (ENRD) has a Worker Endangerment Initiative that combines Title 18 crimes involving obstruction of justice and false statements with environmental crimes. This helps in prosecuting cases that may not involve a worker fatality but that stemmed from incidents that caused harm to human health and the environment.

It was this type of case that DOJ prosecuted in May against Didion Milling and six company officials. However, the incident that led to this case did involve fatalities, five to be exact, as well as 15 injuries, from a May 31, 2017, dust explosion.

Didion was accused of falsifying entries in a cleaning logbook and providing false and misleading testimony regarding knowledge about combustible dust hazards.

The company and its officials are each facing up to 20 years in prison and fines of up to $1 million.

On August 15, ABC Polymer Industries was charged with two OSH Act crimes for machine guarding after a worker was pulled into unguarded moving rollers that were part of a plastic extrusion assembly line.

DOJ said the company “had a standard practice of operating that machine with the guard in the ‘up’ or unprotected position when the rollers were moving. The automatic mechanism that would have stopped the line and rollers’ spinning when the guard was in the up position was not used, allowing operators to reach between or near the roller drums to cut tangles in the plastic sheet without stopping the line.”

This case is ongoing.

That failure led to the June 2017 Big Bend Power Station explosion that killed five workers and severely burned another.

A federal court ordered the company to serve 36 months of probation, pay a $500,000 fine and implement a safety plan following the company’s guilty plea for willfully violating an OSHA standard.

As Spencer Fane attorney Brought points out, whether or not the current DOJ “continues to place an emphasis on workplace safety crimes is yet to be seen, but … employers and companies should understand and recognize the types of factors that OSHA and EPA will look at in referring cases to the DOJ for criminal enforcement, as well as the underlying conduct that might signal the likelihood for a criminal investigation and prosecution in cases involving worker fatalities and worker endangerment.”