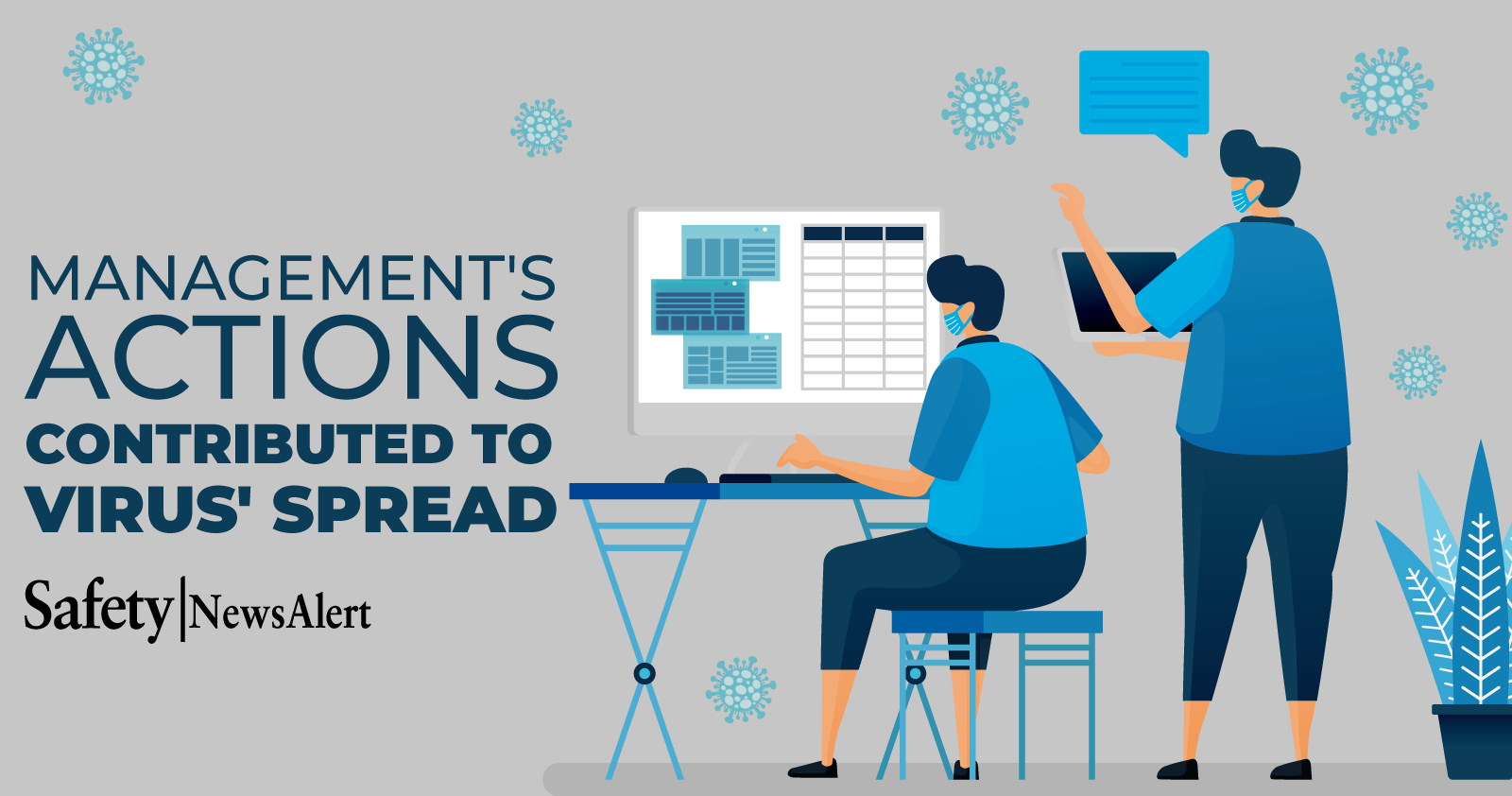 Three companies were collectively fined more than $285,000 after 250 workers at the same warehouse contracted COVID-19.

United Natural Foods Inc., Capstone Logistics LLC and Prime 360 were all cited for knowingly putting workers at risk of COVID-19 exposure, and six other businesses associated with the warehouse were cited for less serious COVID-19-related violations.

Workers from a Lewis County distribution center – and who were being housed in several Thurston County hotels – got sick from COVID-19 and walked to a nearby hospital for help.

They were afraid they would lose their jobs if they went home sick, according to an L&I news release.

About one in four employees working at the warehouse between July 7 and Oct. 5, 2021 tested positive for COVID-19. Five out of the 253 who did test positive had to be hospitalized.

“Our investigation uncovered a widespread outbreak that put employees, their families, and their communities across 10 counties at risk for COVID-19,”  L&I Director Joel Sacks said in the news release. “The actions these companies took or failed to take undoubtedly made it worse – contributing to faster and broader spread of the virus in the workplace.”

Didn’t close down ops as promised

The warehouse in question is owned by United Natural Foods. The facility is a one million-square-foot food supply warehouse that serves hundreds of regional grocery stores and military operations.

There are about one thousand workers at the facility, with 600 working directly for United Natural Foods and the rest being contract workers.

After L&I’s investigation revealed the extent of the outbreak, the company told officials they voluntarily closed down most operations and committed to using the minimum amount of staff required to stay open.

But investigators later learned that United Natural Foods continued to fulfill shipments from the warehouse with their general staff.

L&I issued an Order of Immediate Restraint to ensure safety measures were in place before the facility re-opened.

United Natural Foods was cited for:

The company faces a $140,000 fine and will be subject to increased scrutiny from L&I as part of the state’s severe violator program.

Infected employee told to get back to work

Two hundred employees at the warehouse worked for Capstone Logistics LLC as order pickers pulling product for outgoing shipments. Fifty-four of them tested positive for COVID-19 with one being hospitalized.

One worker was told by a supervisor that he hadn’t tested positive and was told to go back to work when he was actually infected with COVID-19.

Capstone promised to adhere to social distancing and other safety measures in vans used to transport workers to the warehouse, but investigators found it continued to crowd workers into vehicles without screening for COVID-19 or requiring masks.

The company was cited for:

Capstone was fined $75,400 and was placed into the L&I severe violator program.

Prime 360 employed 24 workers at the facility whose main job was emptying returning trailers of unsorted pallets, packaging scraps and sorting pallets for future use. Four of these workers tested positive for COVID-19.

The company’s on-site manager showed intentional disregard for the health and safety of his workers, according to L&I investigators.

Due to a personal disagreement with statewide health and safety rules, the manager chose to ignore those rules.

He told investigators his policy was “to assume any employee not wearing a mask was vaccinated, and that he therefore did not need to check their status or enforce the wearing of masks.”

Prime received a willful serious violation and was fined $70,000.

The six other businesses at the warehouse were cited for less serious violations, including failure to: