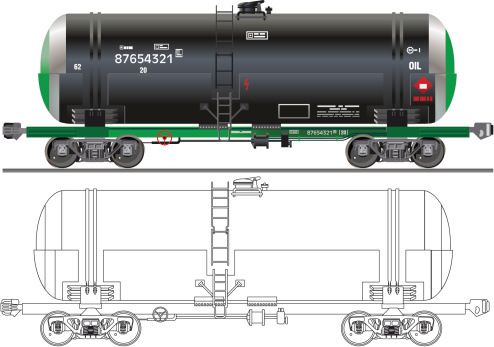 OSHA has issued $963,000 in fines to a cleaning services company in connection with the deaths of two of its employees inside a railcar in April.

The air inside the car being cleaned by the two Nebraska Railcar Cleaning Services (NRCS) employees was at a serious risk of explosion on April 14, 2015.

OSHA says the company knew that because it had tested the air inside the car, but it sent Dallas Foulk, 40, and Adrian LaPour, 44, inside to clean it anyway.

The explosion that resulted blew the railcar’s escape ladder off and killed both men, trapping one inside and hurling the other off the top of the car. A third employee was injured.

The violations include failure to:

NRCS and Omaha Transloading LLC (a company that shares a majority owner) have had several previous OSHA inspections.

EPA is also investigating allegations that the company improperly disposed of hazardous waste.

NRCS has 15 days from receipt of the citations to comply, request an informal conference with OSHA, or appeal the violations to the Occupational Safety and Health Review Commission.

The company has released a statement regarding the OSHA fines:

Nebraska Railcar Cleaning Services (“NRCS”) received citations from the Department of Labor and OSHA. NRCS has fully cooperated with OSHA’s investigation as a result of this tragedy and is very disappointed with OSHA’s handling of this investigation. NRCS adamantly denies the allegations by OSHA that NRCS intentionally put any of its employees in harm’s way. The violations alleged by OSHA, as well as the 2013 investigation which OSHA officials have referenced, have no causal connection to the explosion. In the six months since this accident, OSHA inspectors have refused to enter into the railcar to ascertain the direct cause of the explosion. NRCS continues its internal investigation into the actual cause of this tragic accident. NRCS is determined to get to the root cause of this accident because the families and employees of NRCS have the right to know. NRCS will vigorously defend against these allegations because the facts simply do not support them.