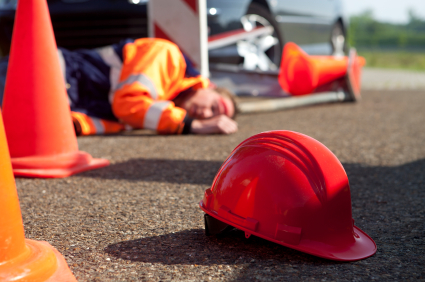 “This young man was fresh out of high school with a lifetime ahead of him,” said Mark Hysell, OSHA’s area director in Eau Claire, WI. This tragedy means a six-figure fine and placement in an OSHA special-focus program for the company that employed the teen.

Kelsey Hagenson of Stanley, WI, was killed on Sept. 21, 2015, just three months after starting work for Lunda Construction Co. of Black River Falls, WI. Hagenson was mixing concrete for a bridge resurfacing project when a rough-terrain forklift struck and killed him.

OSHA says Lunda allowed an employee to operate the forklift even though he had a physical restriction (no use of his right hand) and he lacked adequate training.

This was the third Lunda employee fatality in four years. In 2012, two workers died on a highway construction sites managed by Lunda. Since 2011, OSHA has issued safety violations to Lunda in nine separate inspections.

Lunda received one willful and five serious violations from OSHA with a total of $105,000 in fines.

OSHA has placed Lunda in its Severe Violator Enforcement Program that focuses on employers that show indifference toward safety standards by committing willful, repeat or failure-to-abate violations. Lunda can expect follow-up inspections as a result.

“OSHA will continue to monitor and inspect Lunda sites until the company does the right thing and makes worker safety a priority on its job sites,” said Hysell.

Lunda has 15 business days from receipt of the violations to comply, request an informal conference with OSHA or appeal to the Occupational Safety and Health Review Commission.

The company employs about 920 workers.