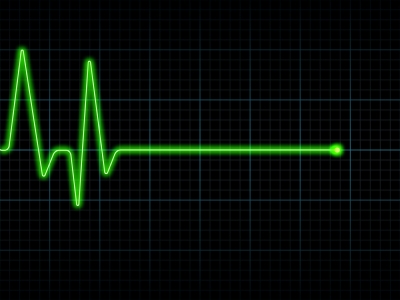 A towing company manager suffered a heart attack and died while attempting to extricate a truck from a culvert well below the surface of a highway. His widow was denied workers’ compensation death benefits. How did a court rule on her appeal?

Eddie Ray Thomas Jr., 45, was manager of Eddie’s Service Center which was owned by his father. Thomas hoped one day to inherit the family business.

On Jan. 20, 2010, the day before his death, the EPA notified him that there were problems with the gas tanks at the business and they would have to be removed.

Thomas worried that the cost associated with tank removal would put the service center out of business.

The EPA returned the following day to begin the process of removing the tanks.

Thomas’s wife said she’d never seen her husband as upset as he was on that day. She said when he got home from work, he paced, wouldn’t eat, and appeared pale and sweaty.

Later that evening, he calmed down and started to watch TV when he got a phone call from Kentucky State Police to tow a wrecked truck. Thomas drove to the scene.

The wrecked truck was in a ravine. The top of the truck was at least four feet below the road level.

Thomas took chains from the tow truck, climbed down the embankment, hooked the chains on the truck, crawled back up the embankment and went to the controls to try to lift the wrecked truck.

He wasn’t able to get the truck high enough to lift it over a concrete partition. Three more times Thomas went down the embankment, repositioned the chains and climbed back out. None of his efforts over the course of 40 minutes were successful. Thomas called his father to bring in a larger tow truck that had a taller boom.

After waiting about five minutes, Thomas went back to his truck to call his father and check on his status. When he exited the truck, he collapsed onto the ground. Thomas was pronounced dead on arrival at a hospital.

His widow sought death benefits because “the physical exertion on that day combined with the mental stress of the removal of the gas tanks at the gas station the day before resulted in a heart attack.”

The Estate attached a letter from a doctor which stated:

“It is my medical opinion that current medical knowledge would suggest that intense physical stress and emotional stress can indeed precipitate cardiovascular events such as sudden cardiac death … the events surrounding Mr. Thomas’s death could have played a role.”

There was no autopsy on Thomas.

The workers’ comp insurance provider relied on the report of another doctor who opined (because there was no autopsy):

“There is no definite proof Thomas suffered a heart attack … relating Mr. Thomas’s death to a cardiac etiology and to his employment is tentative at best … it is doubtful that the exertional activities of Mr. Thomas’s work on Jan. 21, 2010, was sufficient to cause his death.”

The insurance company’s doctor said, due to his history of high blood pressure, Thomas’ heart attack “could have occurred at any time and was merely coincidental that it took place while he was at work.”

An administrative law judge dismissed the claim for death benefits, finding that his widow had failed to establish her husband’s death was the result of a work-related injury. Among the ALJ’s findings:

Thomas’ widow appealed to the Workers’ Compensation Board which affirmed the ALJ’s decision. Next, the Kentucky Court of Appeals heard the case.

The Estate argued the evidence was so compelling that it required the appeals court to reverse the previous decision and find Thomas did suffer a work-related cardiac event. The appeals court agreed.

“The ALJ’s conclusion that Eddie’s concerns were not work-related is baffling,” the court wrote in its opinion.

The court also said it was “perplexed” by the ALJ’s finding that Thomas suffered from symptoms of heart disease. Thomas had two risk factors for heart disease – high blood pressure and high cholesterol – but that’s not the same as having heart disease itself.

For these reasons, the appeals court reversed the previous decision and remanded the case for an award in Thomas’ widow’s favor.