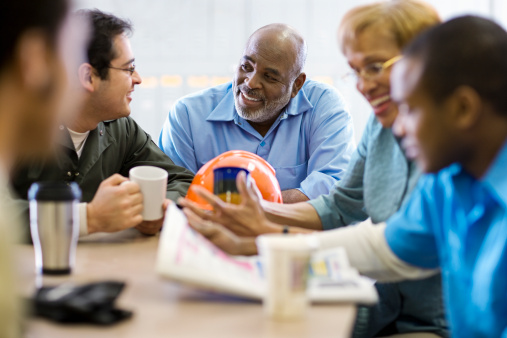 An employee was sitting on a chair in his employer’s lunchroom, eating his lunch, when the chair collapsed under him. Does he get workers’ comp for the resulting lower back injury?

David Wright worked for Roto-Rooter Services Co. in Missouri. The collapse of the lunchroom chair caused him to suffer intense pain in his lower back and right leg.

Wright filed a workers’ compensation claim and reached a settlement with Roto-Rooter. But he also filed a claim with Missouri’s Second Injury Fund (SIF) since his pre-existing conditions, including diabetes and heart palpitations, also affected his ability to work.

An administrative law judge (ALJ) ruled the chair collapse was the prevailing factor in Wright’s injury and that it didn’t come from a hazard or risk unrelated to his employment to which he would have been equally exposed to outside of his employment in normal life. The ALJ also found Wright to be permanently and totally disabled, and that he was entitled to lifetime benefits from the SIF.

The SIF took its case to the Missouri Court of Appeals, arguing the Commission erred when it concluded Wright wasn’t equally exposed to the same risk of injury outside of his employment.

What does the law really say?

In its opinion, the appeals court noted that in 2005, Missouri amended its workers’ comp law, including the definition of “arising out of and in the course of the employment.” Part of the new definition reads:

The SIF argued the new law eliminated an employee’s ability to get comp benefits for injuries that occurred during a lunch break, even when that happened on the employer’s premises. However, the court disagreed with that argument.

The Missouri Supreme Court interpreted the 2005 changes to the state’s comp law to mean that when determining whether the personal comfort doctrine applied, the focus would be on the particular risk of injury rather than the employee’s particular action at the moment.

The SIF made a second argument that the risk of injury faced by the employee at work by sitting on the chair was no different from the risk of sitting in any chair.

But again, the appeals court disagreed. It said the particular chair in the company’s lunchroom posed a risk specific to that chair.

For those reasons, the Missouri Court of Appeals upheld the Commission’s ruling that Wright should receive workers’ comp benefits. “The Commission did not err in determining that the risk of injury to Claimant was not equally present outside of work, because the source of Claimant’s injury was the collapse of the particular chair in which he sat,” the court wrote in its opinion.

What do you think about the court’s decision? Would you change state law so that injuries workers suffered on their employer’s premises during a rest of lunch break wouldn’t be covered by workers’ comp? Let us know what you think in the comments.