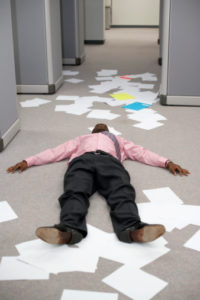 Something must be wrong here: A new study says only 10% of companies surveyed are tracking a key safety statistic correctly.

Nine out of ten of the companies in the study got at least one area wrong.

The researchers compared what was recorded on the OSHA logs to workers’ compensation claim data.

What did they get wrong?

Why did they get it wrong?

To improve compliance with recordkeeping regulations, the researchers suggest:

This study was published in the American Journal of Industrial Medicine. It’s the first such study since OSHA revised its injury reporting regulation in 2002.

What do you think about the study and its recommendations? Do you feel the current instructions for OSHA injury reporting are clear? Let us know in the comments.