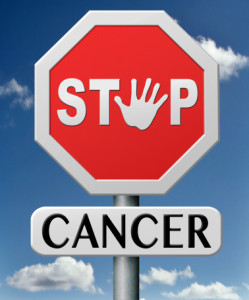 A company refused to give an employee time off to have a lump removed which was eventually found to be an aggressive form of cancer. Can the employee’s family receive survivor’s benefits from workers’ comp?

Gina Cook worked in the data processing center of Zions Bank in Utah. In November 1993, she noticed a lump on her lower lip. On Feb. 1, 1994, a doctor recommended she have the lump removed. The surgery would require a full day off.

Cook immediately asked the bank for permission to take a full day off, but her requests were denied.

From February to May 1994, the bank was converting to a new computer system and merging with another bank. The bank told employees they couldn’t have time off during this period.

The bank finally OK’d a day off for Cook’s surgery on April 22, 1994, 12 weeks after her initial request. However, Cook became sick that day and had to reschedule the surgery. She tried to reschedule for May 6, the next date the hospital had available, but the bank didn’t approve another day off for her until May 20. On that day, Cook finally had the surgery.

A biopsy determined Cook had a rare, aggressive form of malignant melanoma. Cook received treatment, but she died less than two years later on March 13, 1996.

Cook’s daughters filed lawsuits against the bank. In the first one, Cook’s family asserted the bank’s refusal to grant her sick leave breached her employment contract and resulted in her wrongful death.

The bank filed a motion to dismiss the lawsuit, arguing the wrongful death claim was subject to the exclusive remedy provisions of the Utah Workers’ Compensation Act (UWCA).

The court determined the UCWA did apply to this case and dismissed the lawsuit. The Utah Supreme Court upheld the decision.

In a second lawsuit, Cook’s daughters sued for breach of contract. A court concluded this claim was also barred under the exclusive remedy of the UCWA because it was essentially a tort claim “masquerading as breach of contract claims.”

After these two decisions, her estate, now represented by her granddaughters, requested death benefits under the UCWA or under the Utah Occupational Disease Act (UODA).

An administrative law judge (ALJ) of the Utah Labor Commission held a hearing and convened a medical panel of three doctors with relevant specialties to review the case.

The panel examined Cook’s medical records and pathology slides and submitted a report to the ALJ who determined Cook’s family wasn’t entitled to benefits because they failed to establish a link between the bank’s conduct and Cook’s cancer and death.

The family took its case to the Utah Labor Commission Appeals Board, challenging the decision that the workers’ comp law didn’t apply.

The board found that Cook’s death wasn’t compensable because her family had failed to establish a link between the bank’s delay in allowing her to take time off and her death.

Next step: The family took its case to a state court.

The court determined the central issue it had to decide was whether the board was correct that Cook’s family failed to establish a medical link between her death and the bank’s actions.

The medical panel that was convened by the ALJ had reviewed nearly 400 pages of medical records regarding Cook. After doing so, the doctors concluded there was no link between the bank’s actions and Cook’s death.

After reviewing the case, the court decided to uphold the board’s decision. Specifically, the court noted:

“Given that Ms. Cook’s malignancy was aggressive, it can be assumed that some degree of tumor growth and spread occurred between Feb. 19, 1994, and the date of the scheduled but cancelled biopsy on April 22, 1994, just over 2 months, and a subsequent short period in May 1994. In order to assess the role of this delay, needed evidence is lacking and unobtainable. We have no way of knowing, or guessing if Ms. Cook would have accepted any surgical recommendations in February of 1994, and whether or not this would have made any difference.”

The court also noted that the medical panel said this about Cook’s cancer: With the type of cancer she had, “one does not speak of cure. 10-year survivals are very few.”

What do you think about the court’s decision? You can speak up in the comments below.