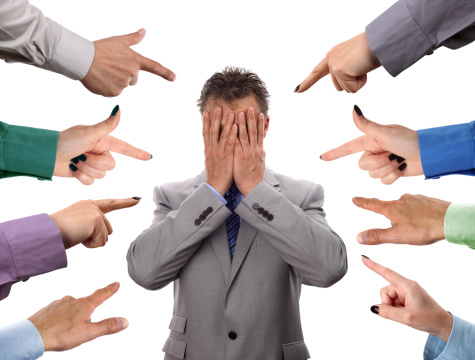 A huge OSHA fine, a “severe violator” label and public shaming by the U.S. Secretary of Labor. Not a good day for the U.S.’s largest furniture manufacturer, and it all started with one worker’s finger amputations.

OSHA inspected the facility after a worker lost three fingers while operating a woodworking machine without required safety mechanisms in place.

The plant which employs 4,500 workers experienced more than 1,000 work-related injuries in a three-and-a-half year period.

Most of the citations were for machine guarding and hazardous energy (lockout/tagout) violations. OSHA upped the total number of violations by citing Ashley machine-by-machine in some cases.

The company has also been placed in the Severe Violator Enforcement Program which mandates follow-up inspections.

“Ashley Furniture has created a culture that values production and profit over worker safety, and employees are paying the price,” said U.S. Labor Secretary Thomas Perez. “Safety and profits are not an ‘either, or’ proposition. Successful companies across this nation have both.”

OSHA administrator David Michaels noted Ashley disregarded its own corporate safety manuals to encourage workers to increase productivity and meet deadlines. “The company apparently blamed the victims for their own injuries, but there is clear evidence that injuries were caused by the unsafe conditions created by the company,” Michaels said.

Ashley Furniture has 15 days to decide whether to contest the citations and fines. It can try to settle with OSHA or appeal to the Occupational Safety and Health Review Commission.

It’s worth noting that OSHA’s new injury-reporting policy now requires companies to notify the agency within 24 hours when a worker suffers an amputation on the job. Expect OSHA to inspect companies when such incidents occur.

Ashley issued a statement regarding the OSHA violations:

“The Company strongly disagrees with each and every one of the agency’s assertions and believes the proposed penalties are grossly inappropriate and over-zeralous … Ashley looks forward to the opportunity to present our evidence in the proper setting.”

Ashley says it disagrees with OSHA inspectors’ conclusions about when full lockout/tagout rules are necessary and when “minor servicing” rules are appropriate.