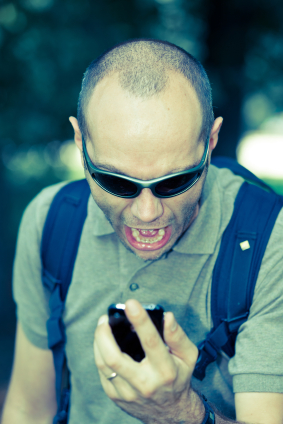 Not too long ago, OSHA made it possible for employees to report workplace safety problems online. Now an organization is developing an app to do the same thing.

As reported by BuzzFeed, Workers Lab of Oakland, CA, is partnering with SeeClickFix to build an app that will allow employees to report a variety of workplace problems, not just those having to do with safety.

Call it a one-stop-shop for worker complaints. The app would route problems to the appropriate agency, whether it be state or federal, or a safety or wage complaint.

No more having to find OSHA’s online reporting form or phone number. Just download the app and record your complaint.

The app would then suggest different agencies that deal with the type of complaint being reported. Information filled in on the app would go to an agency, such as OSHA.

Now, before you think this will never get built, you should know that SeeClickFix has already developed apps that have allowed 2.5 million complaints to be filed to municipalities for things like graffiti and potholes.

SeeClickFix has also been signing up other types of customers such as universities, a housing authority, a hospital and commercial landlords.

We will add one more reason why workers might be more willing to report safety or other workplace problems via an app rather than directly online or by phone to an agency like OSHA: As the current election cycle has shown, distrust in government has increased. And being a whistleblower can be tough. If an app positions itself as an advocate and helpful resource for workers – a go-between for the worker and government agency – workers might feel more comfortable knowing that they have a partner when it comes to the tough decision to report your employer to the government.

Do you think an app like this would increase employee complaints to OSHA? Let us know in the comments.