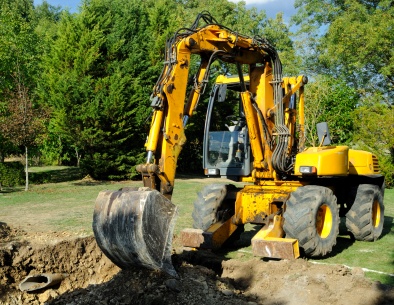 A construction worker was struck in the head by the bucket of a track hoe. His father, working at the same site, rushed to administer first aid to his son. His son died, and now the father is suing the employer. Does workers’ comp bar this lawsuit?

Charley Collins and his son Brett both worked for COP Wyoming LLC. On Aug. 20, 2012, Brett was told by his supervisor to enter a trench box and work there while the supervisor operated a track hoe. The supervisor struck Brett in the head with the bucket of the machine, severely injuring him.

Workers told Charley what happened, and he rushed to his son’s side to help him. Brett died, and Charley sued COP and the track hoe operator for negligently inflicting emotional distress.

COP and the operator filed a motion to dismiss the lawsuit, arguing it was barred by the exclusive remedy provided by workers’ compensation.

A district court granted the motion to dismiss the lawsuit. Charley appealed to the Wyoming Supreme Court.

The district court had relied on a previous case (Anderson V. Solvay Minerals) that had been decided by the Wyoming Supreme Court.

In Anderson, the parents of a miner killed in a mine collapse sued the company for wrongful death and intentional infliction of emotional distress. The parents had been notified of the mine collapse, and they went there to wait for news about their son. They were told he was talking and joking with his rescuers, but not much later were told that his heart had stopped and he was pronounced dead. The Wyoming Supreme Court decided that the lawsuit was barred by the exclusive remedy of workers’ compensation.

However, the Wyoming Supreme Court has now decided not to adhere to that precedent. The court says emotional distress claims are direct claims and aren’t necessarily barred by workers’ compensation immunity. The court overruled the previous Anderson decision.

The court notes that Charley didn’t attempt to sue for the death of his son. Instead, he alleged that COP and the track hoe operator breached a duty of care to him, separate from the duty of care they had to his son, Brett.

Wyoming’s highest court also said it recognizes that this reversal goes against what the majority of states have held regarding whether emotional distress claims are barred by workers’ compensation.

The court said in this case, it will apply the rationale of courts that have allowed claims to proceed on behalf of unborn children injured when their mothers were covered by workers’ compensation. In one such case, the Colorado Supreme Court held there was no workers’ compensation bar for the unborn child because the injury to the child was separate and distinct from the injury to the mother (the employee).

For those reasons, the Wyoming Supreme Court ruled:

“Charley Collins’ claim for emotional injury is based upon a duty to him that is independent of the covered death of his son, Brett Collins, and it is not barred by workers’ compensation immunity.”

What do you think about the court’s decision in this case? Let us know in the comments.