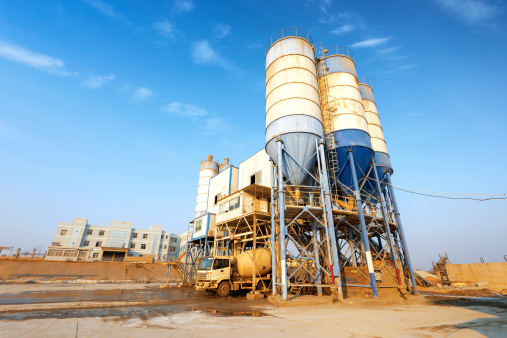 An Illinois company asked a federal court to review two OSHA violations and a $70,000 fine issued after a worker was trapped in a sand bin for more than five hours. The court recently answered the request for review:

William Ortiz, an employee of Dukane Precast Inc. in Naperville, IL, was standing in a bin used to store sand trying to scrape material from its inside wall.

The sand beneath his feet gave way, and he sank. Ortiz was buried up to his neck in sand and screamed. Several workers heard him and began trying to dig him out.

They were only partially successful. They managed to free Ortiz down to his waist, but he was still trapped.

The plant manager, Don MacKenzie, was told about the incident within 10 minutes.

MacKenzie arrived on the scene and decided there was no emergency – Ortiz wasn’t in danger.

The workers weren’t trained to rescue a person trapped in sand. Ortiz asked the workers to call 911, but for some reason, they didn’t.

Court records say MacKenzie finally decided to call 911 about 90 minutes later because workers then told him they didn’t think they could get Ortiz out of the bin.

Fire rescue crews used a vacuum truck to remove the sand. This took between 3.5 and 4 hours. Total time Ortiz was trapped: more than five hours. Ortiz suffered serious injuries to his lower body.

Dukane appealed two of the violations:

An administrative law judge of the Occupational Safety and Health Review Commission upheld the violations and the $70,000 fine. Dukane took its case to a federal appeals court.

We’re not required to call 911

Regarding the willful violation, Dukane argued the OSHA regulation doesn’t require an employer to actually call 911 immediately or prevent untrained co-workers from attempting a rescue. The company claimed the reg only required that it have adopted such procedures.

The federal appeals court noted that the regulation tells employers to “develop and implement” the procedures. You could interpret that literally to mean you aren’t required to actually call 911, but, as the court put it, “Literalism frequently, and in this instance, leads to absurd results.”

Next question: Was this violation correctly categorized as willful?

The court noted that U.S. code “requires proof only that the defendant was aware of the risk, knew that it was serious, and knew that he could take effective measures to avoid it, but did not – in short, that he was reckless in the most commonly understood sense of the word.”

The court found there was no doubt plant manager MacKenzie acted recklessly and therefore willfully, and that his actions must be attributed to Dukane. “His ignorance of safety procedures, if indeed he was ignorant of them rather than determined to ignore them, was itself willful,” the court wrote.

On the matter of the railing regulation, the court said Dukane’s arguments were “terrible.”

Dukane argued a sand bin isn’t as dangerous as a tank that contains lethal liquids. True, the court noted, but Ortiz’s injuries show that the bin was dangerous and was required to have the 42-inch guardrail.

The court denied Dukane’s petition for review, meaning that the violations and $70,000 fine stand.

What do you think about Dukane’s actions when Ortiz was trapped in sand? And how about the company’s arguments against the violations? Share your thoughts in the comments.