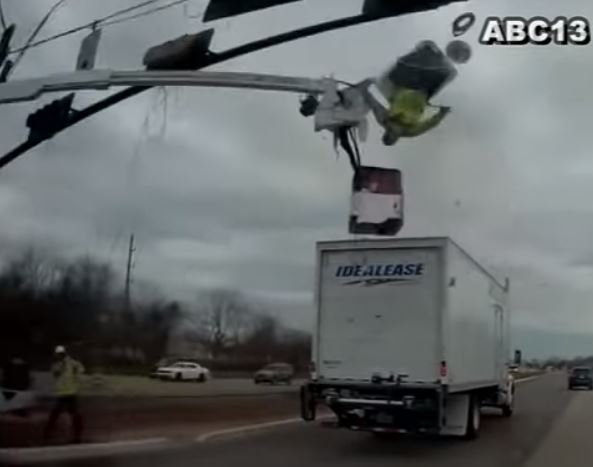 This video provides an example of how wearing proper safety gear can prevent injury or death. When a truck struck a worker in a bucket truck, he was sent flying over a busy highway.

In Fort Bend County, outside of Houston, a photographer had his dash cam running and captured what happened. (The KTRK-TV video starts with an interview of the photographer. The incident starts about 15 seconds into the video.)

Traffic was moving along at about 50 miles per hour when a truck hit a bucket in which an employee was working on a traffic light.

The bucket breaks apart, the worker falls out, but he’s saved because he was tied off. The worker was suspended for about half a minute until his co-workers were able to lower him. He suffered shock, but otherwise was fine.

His fall protection gear allowed this worker to walk away from what could have been a tragic incident.