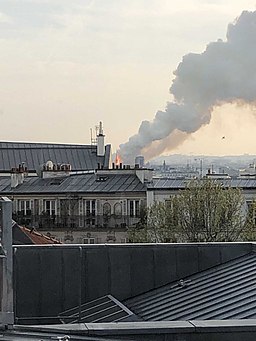 One of the more difficult tasks in protecting buildings from fire is bringing old structures up to modern fire codes. So the challenge of protecting centuries-old Notre-Dame was daunting. Now, an official says they underestimated the challenge.

Benjamin Mouton, the architect who oversaw fire protection upgrades at the Paris cathedral from 2000 to 2013, says officials misjudged how quickly fire would spread through the structure, which resulted in the recent devastating blaze.

The fire protection system was based on the assumption that ancient oak in the attic would burn slowly. It turns out, it would take a long time to completely burn, but it would spread more quickly than they thought.

The system had a significant built-in delay:

The actual time from the first alarm to response in the fire was even longer: 31 minutes.

Mouton says he was stunned to see the speed at which the fire spread.

The fire protection plan that was put in place was a compromise meant not to disturb the historic wooden structure with sprinklers or fire walls.

Fire walls were used elsewhere in the cathedral but not in the attic.

The plan had bet on prevention and detection, with two guards always on duty, 24/7, to monitor the wood roof.

Guards believed a first alarm was false. Experts say, as part of the process, the guards should have conducted a thorough investigation into what they thought was a false alarm.

Mouton says, given what he knows now, if he were designing the system today, the design would be the same, but the response plan would be different.

“Of course, it’s the first minutes that count,” Mouton said.