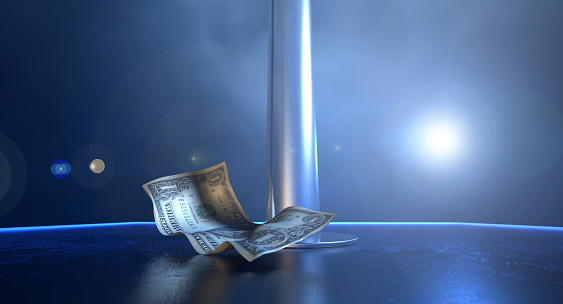 Are strippers employees or independent contractors? The answer to that question, considered by a state supreme court, determined whether this worker got comp benefits from being shot at work.

One night while she was performing there, a fight broke out and Lewis was struck in the abdomen by a stray bullet.

She suffered severe damage to her internal organs, including the loss of a kidney. The shooting also left her with substantial scars.

Lewis filed a workers’ comp claim for temporary total disability benefits and medical treatment. The South Carolina Uninsured Employer’s Fund disputed Lewis’s claim, arguing she was an independent contractor and not an employee. Lewis countered that the club controlled the manner in which she performed, therefore she was an employee.

The state’s highest court said determining whether a worker is an employee eligible for workers’ comp involves a four-part test.

The first question: Is there direct evidence of the right of exercise or control of the employee by the employer?

In Lewis’s case, the supreme court noted the club required the dancer to:

The court also noted Lewis had no set schedule and showed up on the particular nights she wanted to. But given all the factors, the court found this factor weighed in favor of finding that Lewis was an employee.

The second question: Did the employer furnish equipment for the employee to perform her job?

The appeals court had found that, “From the standpoint of both the club and its customers, Lewis brought her own ‘equipment’ for her work.”

By “equipment,” the appeals court meant her body.

The supreme court said it disagreed that a person’s body can be considered equipment.

It also noted that, other than Lewis’s costume, the club provided:

As noted, the club also provided the music she danced to.

So on the second question, the supreme court found the evidence pointed to an employee relationship.

The third question: How was the worker paid?

When considering this question, a court looks at whether the worker was paid by the hour and how the worker filed her taxes.

Lewis never filed taxes, and the club provided her with neither a 1099 or W-2.

But Lewis was paid, more or less, directly by the customers. On this factor, the court ruled the evidence pointed to an independent contractor relationship.

The fourth question: Did the employer have the right to fire the worker without risk of repercussions?

With an independent contractor relationship, the contractor often has the legal right to complete the project if it’s prematurely interrupted.

On this question, the court noted:

So on the fourth point, the supreme court said it looked like an employee relationship.

On three of the four points, the South Carolina Supreme Court said it appeared Lewis was an employee. As a result, the court said the weight of the evidence was in favor of finding Lewis was an employee who was eligible for workers’ comp benefits. One justice dissented, agreeing with the interpretation of the appeals court.

What do you think about the court’s decision? Let us know below in the comments.