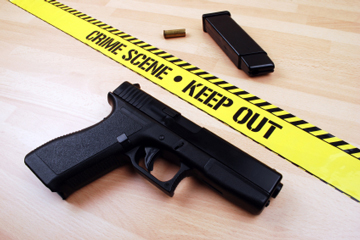 The FBI recently stated in a report, “We now live in the age of public shootings.” Here’s the training program Best Buy developed to defend against this growing safety threat.

The annual number of “active shooter” incidents has continued to rise since 2000, according to the FBI. There was one incident in 2000 and the FBI recorded 20 incidents in its database in 2015.

What exactly is an active shooter incident?

The U.S. Department of Homeland Security defines an active shooter as:

“An individual actively engaged in killing or attempting to kill people in a confined and populated area; in most cases, active shooters use firearms and there is no pattern or method to their selection of victims. Most incidents occur at locations in which the killers find little impediment in pressing their attack. Locations are generally described as soft targets, that is, they carry limited security measures to protect members of the public. In most instances, shooters commit suicide, are shot by police, or surrender when confrontation with responding law enforcement becomes unavoidable.”

Bertrand went to senior leadership with facts on the threat of mass shootings to the retailer, including:

Best Buy has retail space and large warehouses, so it evaluated the needed training based on each location.

The company has 1,400 retail locations nationwide, and it created online training with a video showing the Run-Hide-Fight methodology. The video targets all employees, is required annually and is then reinforced with store drills.

The company also has 35 warehouse facilities in remote locations. Best Buy worked with local police departments and created Run-Hide-Fight training for leadership in each location.

The training is in a classroom setting, and the police aren’t present. Bertrand said a police presence during the training was deemed too intimidating for employees.

Warehouse leadership also gave police a tour of their locations.

As Best Buy went through the process, Bertrand said these were the lessons learned: