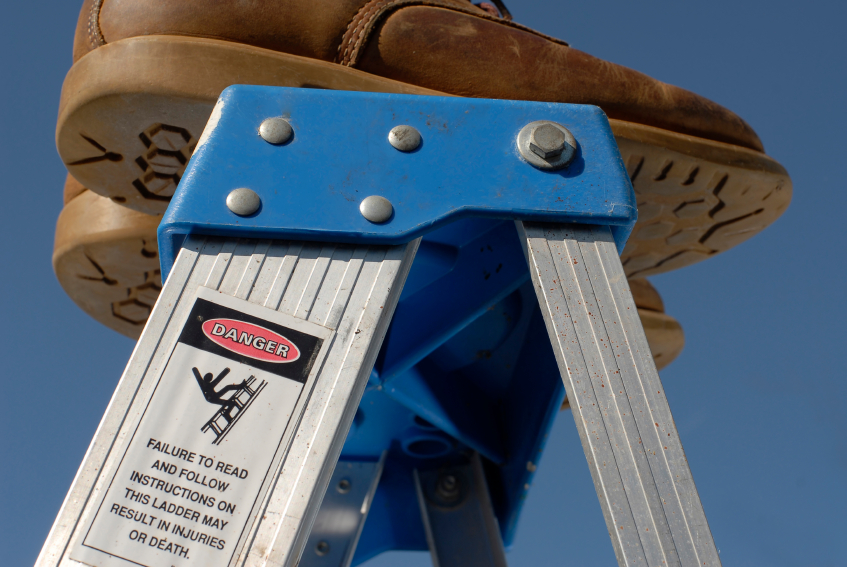 A maintenance man was fined $5,600 when two handymen he hired violated OSHA regs. OSHA claimed the maintenance guy was their employer, so he was responsible. The maintenance man appealed, saying the two men were hired contractors. What did the court say?

Jack Durham was the maintenance man responsible for fixing things at an Alabama strip mall owned by Mitchell Companies. Durham did repair work at the mall for about 20 years per a verbal agreement.

Durham used to do most the work himself. But in recent years, he began hiring handymen to do jobs he no longer felt comfortable doing.

A leaking metal awning at the mall needed to be repaired, so Durham hired Gary Lindsley. Lindsley hired his friend Titus Stevenson to help him. They were hired to caulk the joints between the awning and exterior walls.

On July 28, 2016, two OSHA inspectors witnessed Lindlsey and Stevenson working on the awning without any fall protection and accessing the awning from the top step of an eight-foot ladder.

The inspectors interviewed Durham, Lindsley and Stevenson, and determined that Durham was their employer. Based on this, the OSHA inspectors cited Durham for two safety violations and fined him $5,600.

Durham appealed the case to the Occupational Safety and Health Review Commission (OSHRC), claiming the two men were contractors – not his employees.

Did Durham control the work?

For the fine to stand, OSHA had to prove “the hiring party’s right to control the manner and means by which the product is accomplished.”

There was little evidence regarding the nature of Durham’s business, the court said. The only evidence on the record was a business card Durham gave the inspectors. There were no other payroll or business records.

Durham did supply the two men with tools. But Lindsley had wide discretion on how to get the work done, according to the court. OSHRC said there was scant evidence Durham had any oversight of the work.

Lindsey also only occasionally did handyman work for Durham. And Durham had a similar relationship with other handymen in the area.

OSHA argued Lindsey wasn’t a licensed contractor. But the court said he bid his own jobs, hired an assistant, and set his own hours. So he operated like a contractor.

The court said all of the evidence pointed to Lindsley and Stevenson being contractors, not employees of Durham. The court vacated the citations and fine against Durham.