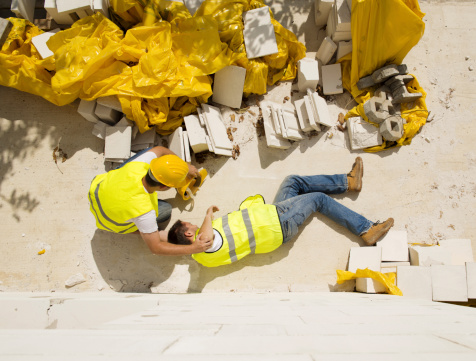 The owner of a construction company and a foreman have pleaded not guilty to manslaughter charges in connection with the Dec. 2012 falling death of a carpenter.

The San Francisco District Attorney has charged Salvador Versaggi, owner of Versaggi Construction, and foreman John Fitt with manslaughter charges and two counts of violation of the labor code.

On Dec. 26, 2012, Jose Plancarte was assigned to lower a window frame in a stairwell of residential construction. Plancarte built a makeshift scaffold to access the window opening which was 18 feet above the ground. Plancarte wasn’t wearing fall protection, and the scaffold didn’t have guardrails.

Plancarte was found at the base of the stairwell on the concrete basement floor after falling 18.5 feet. He was taken to a nearby hospital where he later died from his injuries.

Cal/OSHA’s investigation found Versaggi Construction failed to provide fall protection training to its workers at the site, and that Fitt was aware Plancarte had cobbled together a prohibited type of scaffolding. The agency issued four citations, two serious, for a total of $25,870 in fines.

Cal/OSHA’s Bureau of Investigations forwarded the case to the San Francisco District Attorney’s office. The BOI investigates worker fatalities and serious injuries and prepares them for potential referral to local and state prosecutors.

In 2014, 21 cases were referred to BOI: 19 with fatalities, 1 with five or more serious injuries and 1 “serious exposure” to employees. In 2014, charges were brought in 9 Cal/OSHA cases (because of the time needed to investigate before filing charges, most cases aren’t prosecuted in the same year that they occur).

“We make referrals to the District Attorney where appropriate,” said Christina Baker, Director of the Department of Industrial Relations, Cal/OSHA’s parent department.

“The indictments are a testament to the close working relationship between Cal/OSHA and the San Francisco District Attorney and our commitment to ensure that criminal behavior in the workplace is addressed,” said Cal/OSHA Chief Juliann Sum.

Plancarte had worked for Versaggi Construction for 20 years.