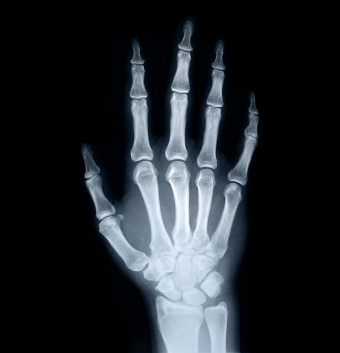 How much of an employee’s injury was caused at work, and how much of it was due to his diabetes? The answer to that question will help determine how much he receives in workers’ comp.

Sullins was diagnosed with diabetes in 1987 and with diabetic neuropathy in 1998. The neuropathy caused weakness and tingling in his hands as well as difficulty grasping things.

In 2003, he suffered injuries to his upper arms and hands as the result of a workplace incident. He received medical treatment, including surgeries, and returned to work without restrictions until he retired in 2008. After he retired, he filed a workers’ comp claim.

Sullins and UPS both accepted the report of a hand surgeon who:

Sullins appealed, arguing that the disability shouldn’t be apportioned. In other words, he sought to be compensated for 44% impairment to his upper arms and 40% to his hands.

The Workers’ Compensation Board affirmed the commissioner’s decision, but a state appeals court reversed it, saying Sullins deserved to be compensated for the higher impairment rating.

“A fundamental principle of workers’ compensation … is that the employer takes the employee in whatever physical condition, with whatever predispositions and susceptibilities the employee may bear prior to his injury … compensation is not made to depend upon the condition or health of the employee, or upon his freedom from liability to injury through a constitutional weakness or latent tendency.”

Also, Connecticut’s workers’ comp law states that if a previous disability combines with a workplace injury to cause a permanent disability, the employee should receive comp benefits for the entire amount of disability and necessary medical care.

However, the workers’ comp commissioner in Sullins’ case applied a previous decision by the Connecticut Supreme Court that laid out an exception.

In that case, the worker had been exposed to significant amounts of asbestos during his 18 years on the job. The employee was also a longtime cigarette smoker.

The employee developed both an asbestos-related lung disease and emphysema which was attributed to his smoking.

In this case, the Connecticut Supreme Court said apportionment of the employee’s disability is appropriate when an employer is able to prove:

However, the state’s highest court said its previous decision didn’t apply to Sullins’ case. The asbestos and smoking case represented a situation in which an employee suffers a disability as a result of two concurrently developing diseases.

In Sullins’ case, he had a pre-existing condition (diabetes and diabetic neuropathy) and later suffered a workplace injury.

So “the employer takes the employee in whatever physical condition” applied in Sullins’ situation.

The court said he should receive the workers’ comp benefits tied to the higher disability rating.

When wellness programs first became popular in the workplace as a way to drive down healthcare costs, they were completely separate from occupational safety and health programs.

What do you think about the court’s decision in this case? Also: Do you combine any wellness with your company’s safety program? Let us know in the comments.