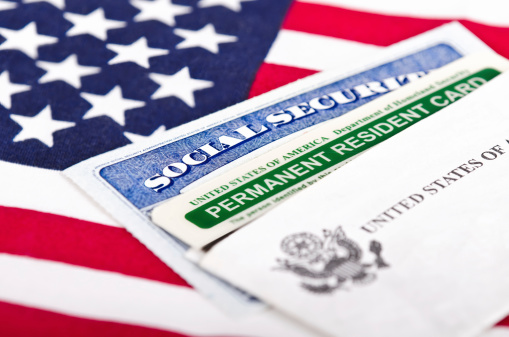 A company used two arguments to deny workers’ comp to an injured, undocumented worker: He can’t work legally in the U.S., and he lied to get the job. How did a court rule?

Mario Arellano provided a fake Social Security card to L&L Enterprises in Wyoming when he applied for a job and was hired.

After working for four months, Arellano injured his back on the job. He applied for workers’ comp benefits, but L&L tried to deny them because he was an undocumented worker. Arellano was a citizen of Mexico and wasn’t authorized to work in the U.S.

The Wyoming Division of Workers’ Compensation denied Arellano’s appeal for benefits because it hadn’t received information to prove residency and authorization to work in the U.S. A hearing examiner at the Office of Administrative Hearings upheld the decision. The hearing examiner “found it hard to believe the Wyoming Legislature intended to provide coverage when fraud had been committed.”

But a state court reversed, finding the denial of Arellano’s claim was “arbitrary, capricious, an abuse of discretion or otherwise not in accordance with law.”

“requires only that an employer reasonably believe that, based upon the documents in its possession at the date of hire and at the date of injury, the employee is authorized to work in the United States.”

A three-member panel of the Wyoming Supreme Court noted that in 2005, the state legislature added this language to the definition of covered employees under the workers’ comp law:

” … and aliens whom the employer reasonably believes, at the date of hire and the date of injury based upon documentation in the employer’s possession, to be authorized to work by the United States department of justice, office of citizenship and immigration services.”

The court noted that the state’s comp law was amended in 2005 to protect employers from being sued by undocumented workers who were hired using false documents. In other words, if the workers’ comp law didn’t apply to undocumented workers, they would be allowed to sue their employers for damages and collect whatever amount was awarded by a jury.

Workers’ comp benefits are limited. Amounts a worker could receive through a lawsuit aren’t.

“Paradoxically, therefore, an injured worker who is lawfully in this country could conceivably receive considerably less than a worker who is working illegally could recover in a tort action,” the supreme court noted in its opinion.

Given the legislature’s addition of language regarding undocumented workers to the workers’ comp law in 2005, the court found Arellano was an employee qualified to receive comp under the law.

As for L&L’s second argument, the court said the company misconstrued part of the Wyoming workers’ comp law.

The comp law deals with situations in which employees lie about their injuries. In those cases, the employee’s fraud could lead to a denial of benefits. Misrepresentations about work status in the U.S. are not covered under the section of the comp law addressing fraud.

So for those two reasons, the Wyoming Supreme Court upheld the lower court’s decision: Arellano qualified to receive workers’ comp benefits for his injury.

If you read Safety News Alert regularly, you’ve noticed that state courts are ruling along the same lines as Wyoming’s top court did in this case. In fact, in its ruling, the Wyoming court notes, “The majority of courts in this country are in agreement with this position, and with a few exceptions, illegal aliens are considered covered employees.”

Other courts have stated another reason for their rulings in favor of injured, undocumented workers. If undocumented workers weren’t covered under workers’ comp, unscrupulous employers might actually seek to hire these workers to save money on comp costs.

But as the Wyoming court noted, even if that were the case, the companies would leave themselves open to lawsuits by the workers, in which a jury might easily award more damages than would be possible under workers’ comp caps.