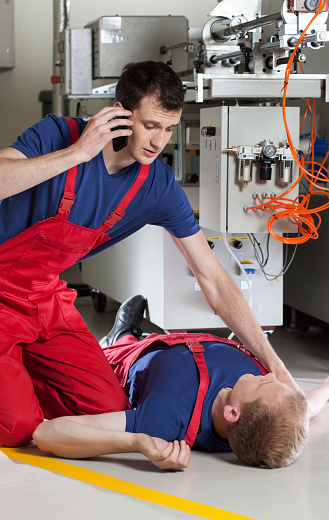 An employee can sue an employer outside of workers’ compensation if it can be proved the employer intended to cause injury to a worker. In this case, a worker was seriously injured when a safety device apparently failed to operate properly.

Phillip Pixley was a maintenance worker for Pro-Pak Industries in Ohio. On July 2, 2008, Pixley decided to order a replacement part for a malfunctioning conveyor-line motor. As he knelt by the conveyor line, a transfer car that ran parallel to it struck his leg.

Pixley suffered serious degloving injuries to his right leg from his knee to his ankle, damage to tendons and tissue, and fractures and chips to bones.

After Pixley was injured, Pro-Pak tested the transfer car and determined its safety features functioned properly.

The next day, OSHA investigated. In the investigator’s presence, a Pro-Pak employee drove the transfer car, and when another employee pushed the bumper on the car, the car stopped. This test was repeated several times, and each time the safety mechanism functioned properly and stopped the car. OSHA videotaped these tests.

Pro-Pak asked for the lawsuit to be thrown out on the grounds that Pixley couldn’t show the company had deliberately intended to injure him. The trial court granted Pro-Pak’s request.

The trial court did one more thing: It limited the definition of safety equipment to items designed to protect the operator. The inference: Since Pixley wasn’t the operator of the transfer car, failure of the safety device couldn’t lead to an intentional tort lawsuit.

The appellate court reversed the trial court and remanded the case for trial.

Pixley had experts who said that, in their opinion, the safety device on the transfer car had been deliberately bypassed based on what they saw in the OSHA videotape.

A Pro-Pak manager countered that on the day of Pixley’s injury and on the day after, they tested the safety bumper on the car several times and each time they found it cut power and caused the car to stop.

In its majority opinion, the Ohio Supreme Court wrote:

“Even if there were a factual dispute concerning the operation of the safety bumper on the day of the accident, there is no evidence showing that Pro-Pak deliberately removed it or otherwise caused it to fail … Because there is no evidence in this record that Pro-Pak delibereately removed or disabled the safety bumper on the transfer car or that it deliberately intended to cause injury, Pixley has failed to establish an intentional tort claim.”

With that, the court reversed the appeals court’s decision.

Two justices wrote separate dissents. One reasoned that the plain language of the workers’ comp law says the protections for workers aren’t limited to the operators of machinery … it’s for all workers. The other wrote, “There are enough disputed facts in this case to write a law school journal article.” For that reason, the second justice felt the case should go to trial.