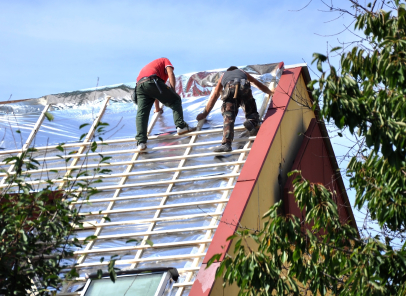 An Illinois roofing contractor has been cited by OSHA 19 times for fall hazards since 2006. An OSHA official said the contractor has shown “utter indifference” to the law.

Robert Barringer, the owner of Barringer Brothers Roofing, continued his long history with OSHA noncompliance after a recent inspection in May 2016.

Inspectors observed five roofers working at 13 feet without fall protection. The roofers were working at a residential construction site in Glen Carbon, IL.

The total fines for this recent inspection are $89,100.

Barringer is currently in default on $267,900 in federal penalties. OSHA has cited him 19 times under various company names over the past decade, mainly for failing to protect workers from fall hazards.

In April 2016, OSHA placed Barringer in the Severe Violator Enforcement Program after citing fall hazards at three different jobsites. His company hasn’t responded to the April citations or the proposed penalties of $103,840. OSHA says it’s currently working to collect the default fines.

“Robert Barringer has shown callous disregard for the safety of his employees and utter indifference to the law. OSHA will use every option available to hold him accountable for his shameless behavior.”

OSHA also noted that falls are the construction industry’s most lethal danger. Statistics show falls cause four out of every 10 deaths in the industry.