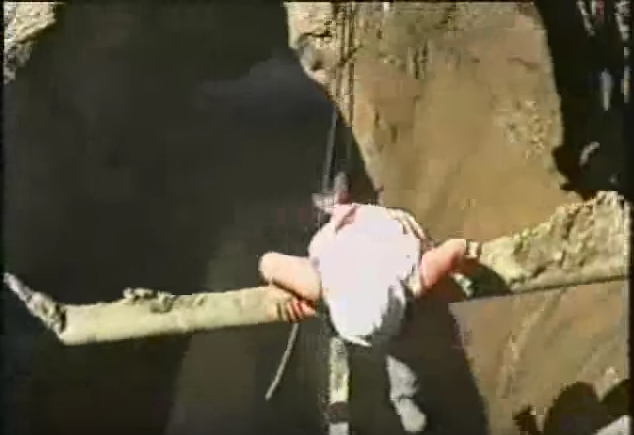 Oregon OSHA had been making this video taken by one of its inspectors available for training purposes for a few years. After being posted recently on Facebook, the video has now received almost 1 million views.

The video was filmed by former Oregon OSHA compliance office Tim Marcum during inspection of a 21-foot trench without proper reinforcement. He asks for the person in charge and says, “Looks like you’ve got a bit of a shoring problem going on.”

Soon after Marcum tells one remaining worker in the trench to get out, part of it caves in, narrowly missing the worker.

It still takes some time for co-workers to position a ladder to the employee can climb out of the trench.

“It’s a great video for a training session because it does a marvelous job of getting folks’ attention,” said Oregon OSHA administrator Michael Wood. “And it shows that what you don’t expect to happen when it happens, happens quickly.”

The video has received almost 4,000 comments.

Here is a shorter loop of the moment the trench partially collapsed: