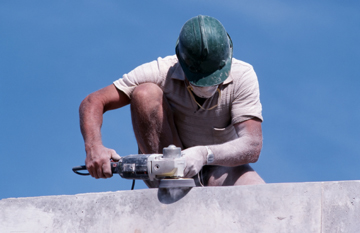 The U.S. Court of Appeals for the District of Columbia Circuit has rejected all of the challenges from the U.S. Chamber of Commerce and other industry groups.

The court also ordered OSHA to reconsider certain medical provisions of the rule that were challenged by unions, including North America’s Building Trade Unions.

OSHA is ordered to reconsider its decisions not to require Medical Removal Protection for some period when a medical professional recommends:

The biggest change for employers in this recent update of OSHA’s existing silica regulation is a reduction in the permissible exposure limit to crystalline silica to 50 micrograms per cubic meter, averaged over an eight-hour shift.

OSHA estimated the new regulation will save more than 600 lives a year and prevent more than 900 new cases of silicosis, an incurable and progressive disease, each year.

The Chamber of Commerce and other industry groups argued the silica rule wasn’t technologically feasible for some industries. They also opposed the new permissible exposure limit.

The provisions for the construction industry went into effect Sept. 23, 2017 (although there was also a 30-day grace period after that). Rules for general industry and maritime go into effect June 23, 2018.